Putin to retire amid fears of ´armed takeover´ 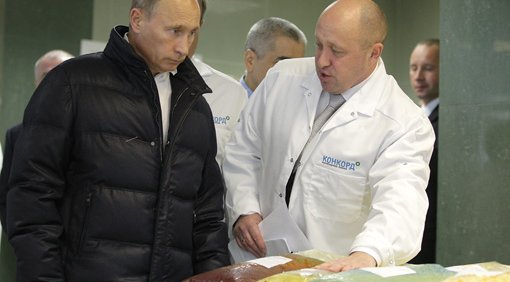 Rumours have begun to swirl that Putin is to appoint a successor and retire early amid fears of a takeover by the leader of the armed group Wagner.

Speaking to the Khodorkovsky Live YouTube channel as reported by the Mirror on Saturday, January 14, Putin´s speechwriter said that Putin fears being ousted amid plummeting popularity and a stalled campaign in Ukraine.

With elections in 2024, he said Putin´s inner circle no longer see him as a stable leader and has expressed fear of the rise of Wagner´s Yevgeny Prigozhin. The head of the private army has been loyal to the Kremlin but increasingly there have been signs that he has political aspirations.

Putin´s inner circle are said to fear Prigozhin and what his leadership might bring. They also fear what retribution he might take against those who do not support him, should he make a bid to take over.

That he said has led to talk about who should succeed Putin with some fearing he may fail at the ballot box, and rigging the election could lead to civil unrest. So he is said to be considering nominating a successor with names like his loyal Deputy Chief of Staff Dmitry Kozak, Premier Mikhail Mishustin and the Mayor of Moscow Sergey Sobyanin in the frame.

He said: “Such people can really win the election.

“Yes, then they will have to negotiate with Ukraine, with the West, and break the deadlock within the system.”

Top of the agenda for Putin he believes is guaranteeing his personal safety. He does not want to go the way of other dictators who have lost their lives when change came. Instead, he is said to want to retire to his palace near the Black Sea.

The palace is said to be worth around £1 billion (€1.13 billion) and is described as a national treasure. It has been compared with many of the lairs in James Bond movies with the building housing a 16-level bunker and a subterranean balcony that overlooks the sea.

Rumours have persisted for some time that Putin is losing his grip on power, which could give credence to the views that Putin is to retire amid fears of an “armed takeover.”