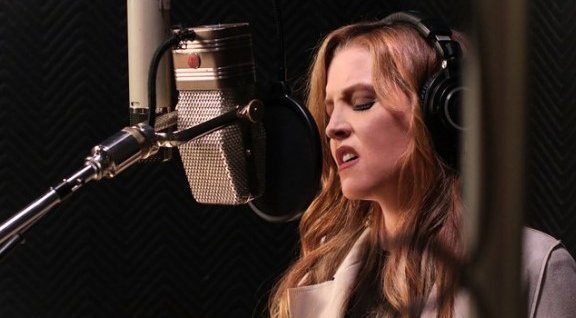 Hollywood acting legend Nicolas Cage paid tribute to his ex-wife Lisa Marie Presley after she passed away at the age of 54. The couple married in 2002 before splitting just three months later.

In a statement to The Hollywood Reporter, Lisa’s third husband said: “This is devastating news. Lisa had the greatest laugh of anyone I ever met. She lit up every room, and I am heartbroken. I find some solace believing she is reunited with her son Benjamin”.

Lisa Marie Presley, the only child of Elvis and Priscilla Presley passed away in West Hills hospital in Los Angeles at the age of 54. Her death was confirmed by her mother in a statement to People: “It is with a heavy heart that I must share the devastating news that my beautiful daughter Lisa Marie has left us”.

When Elvis died in August 1977, 9-year-old Lisa Marie – along with her grandfather Vernon Presley and great-grandmother Minnie Mae Hood Presley – became the joint heir to her father’s estate.

After the subsequent passing of the other two, the singer-songwriter became the sole heir. As a result, she inherited the iconic Graceland property.

Lisa Marie is survived by her mother Priscilla, and her three children: twin daughters Harper and Finley aged 14, and 33-year-old actress Riley Keough. Her son Benjamin passed away in 2020 aged 27.

Priscilla Presley took to Facebook to ask fans to pray for her daughter Lisa Marie. The 54-year-old remains on life support in an ICU in West Hills hospital in Los Angeles.

Her post read: “My beloved daughter Lisa Marie was rushed to the hospital. She is now receiving the best care. Please keep her and our family in your prayers. We feel the prayers from around the world and ask for privacy at this time”.

Priscilla Presley has reportedly rushed to her daughter Lisa Marie’s bedside after the 54-year-old was hospitalised following a heart attack. Lisa was admitted to the West Hills hospital in Los Angeles.

According to the celebrity news outlet TMZ, sources with direct knowledge of the situation informed them that Lisa is on life support in the facility’s intensive care unit connected to a temporary pacemaker.

Lisa’s ex-husband Danny Keough administered CPR at her home in the Californian city of Calabasas until medical units arrived. The couple has recently been living together. Danny arrived home after dropping their kids at school to discover that Lisa had been found unresponsive in her bedroom by the housekeeper.

It was stressed by sources that this was not a suicide attempt as reported by some media outlets. Lisa had apparently been complaining of not feeling well, with pains in her stomach since early morning.

According to the celebrity news outlet TMZ, Lisa Marie Presley has been hospitalised following a suspected heart attack at her home in Calabasas, California today, Thursday, January 12.

They were informed of the incident by sources directly connected to the star that emergency services responded to a call from her home. Medics reportedly carried out CPR at her home and Lisa Marie was subsequently transferred to a hospital.

According to an update from TMZ, the medics administered epinephrine/adrenaline which helped the 54-year-old to regain a pulse after she went into ‘full arrest’.

Just two days ago, on Tuesday 10, Lisa Marie attended the Golden Globes with her mother. They witnessed Austin Butler pick up a Globe in Beverly Hills for his performance as the King of Rock and Roll in the ‘Elvis’ film.