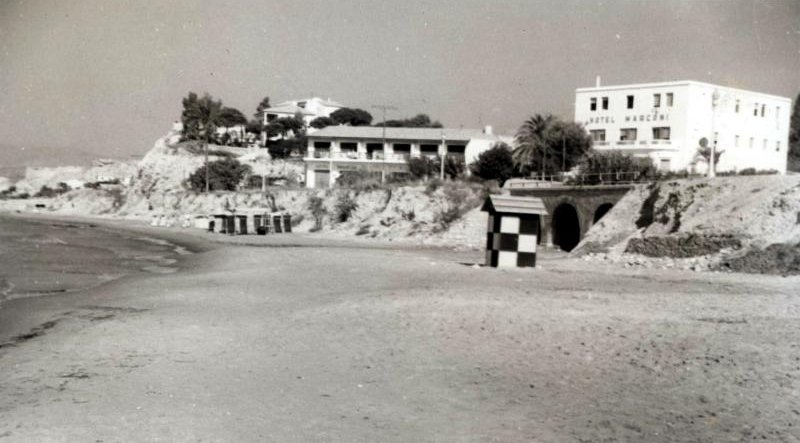 These pictures have reached the Archive through a donation made by the Dutch businessman and patron, Wim Kuipers.

The Councillor for Historical and Cultural Heritage, Ana Pellicer, has confirmed: “This collection provides unpublished images of Benidorm that contribute to witness the evolution of our city in recent decades and to recover our recent past.”

Pellicer indicated that this collection “provides unpublished images of Benidorm that contribute to witness the evolution of our city in recent decades and to recover our recent past. But in addition to the undoubted informative value, these photographs contain a story of chance and altruism, whose protagonist is Wim Kuipers himself and which also deserves to be told.”

Pellicer recounted, “for more than four decades Wim Kuipers has been working to recover the historical heritage of Torremolinos and El Ejido, and in his desire to document the tourist history of both municipalities he acquired an album containing vacation photographs of a British family in the Spanish Mediterranean. Among the pages of the album, he located several sheets of images captured in Benidorm in a period that we dated between 1959 and 1962.”

“Fascinated by these images, which he came across by chance, and determined that they not fall into oblivion, Wim Kuipers contacted our Archive to offer this material on a free basis; a generous gesture that stems from his vocation to safeguard heritage and for which we are extremely grateful.”

“Due to the content of the donated images, some of a personal nature and others of landscapes and places in Benidorm, we know that this British family was staying at the Hotel Rosaleda and that during their stay they toured the municipal food market and the streets Martínez Oriola and Costera del Barco. They enjoyed bathing on Poniente beach, walked through Tomás Ortuño and Carreró dels Gats streets and visited the port”.

The councillor of Historical Heritage highlighted that “this donation by Wim Kuipers is in addition to the one made at the end of 2021 by the German citizen, Maximilian Greeven, who gave the City Council video footage of family vacations in Benidorm at the end of the 50s; and also the enormous patrimony bequeathed by Cristina Boissie. All these collections contribute to increasing the documentation and material on Benidorm of the last century and, with this, delving into the study and analysis of the evolution of our city, which today has become a benchmark tourist destination.”

The material donated by Wim Kuipers is already available for consultation by researchers and in the near future it will also be available to the general public once Benidorm City Council has launched the new management and consultation program for their Archive, which is currently in the process of implementation.