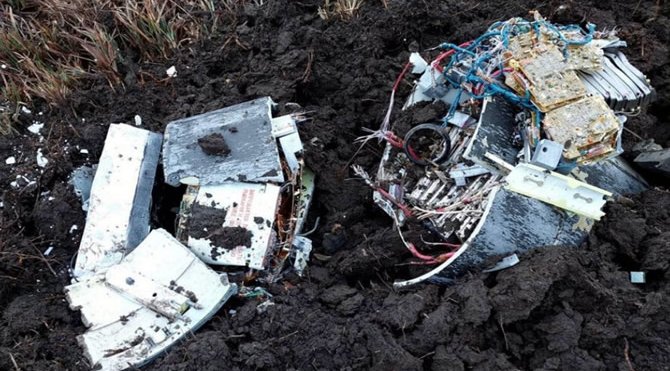 After more missile fragments landed in Moldova, Prime Minister Natalia Gavrilitsa expressed her outrage at the ‘disrespect of sovereignty’ for the country.

As reported on the official Telegram channel of the Ministry of Internal Affairs in Moldova, missile fragments again landed in their territory on Saturday, January 14. The country’s Border Guard Service discovered the wreckage while on patrol.

“A border police patrol this afternoon discovered fragments of a rocket near the Larga border checkpoint in the Bricani district”, the message read.

Moldovan Prime Minister Natalia Gavrilitsa said that the repeated violation of the country’s airspace is a disrespect for its sovereignty, as reported by gazeta.ru.

“I express my indignation at the disrespect for the sovereignty of Moldova, the repeated violation of its airspace today and the fall of rocket fragments in the area of ​​​​the settlement of Larga, Briceni district”, she wrote on her social networks.

This is the third time that fragments – or even a whole rocket – have landed in Moldova. The number of patrols on the border with Ukraine has been increased as a result of the previous incidents. They watch the sky and the green strip that separates the two nations.

Moldova’s Ministry of Defence said that the surveillance systems of the National Army did not register the violation of the airspace. The area where the fragments of the rocket were found has been cordoned off. An emergency rescue service, along with sappers and employees of the prosecutor’s office of the Briceni district were subsequently deployed to the location.

Images of the wreckage have already been circulated on social media. Alexei Ramm, the military expert for Izvestia, suggested that they show fragments of an anti-aircraft missile of the S-300 model.

“Judging by the photo, this is a missile from the S-300 air defence system. The fact that the projectile belongs to this particular system is indicated by the rather large diameter of the rocket, its rounded shape, the homing head, as well as the inscriptions that are visible on the wreckage”, he observed.