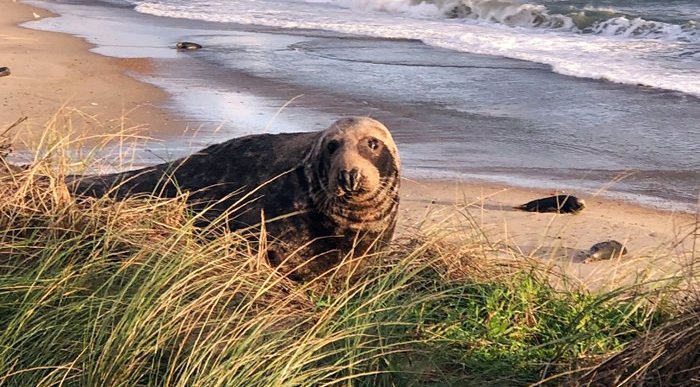 A record number of seal pups have been spotted this Winter along the Norfolk coastline in England.

Record numbers of seal pups have been spotted along the North Sea coastline this Winter according to reports. Specifically, along a five-mile stretch between the Norfolk villages of Waxham and Winterton-on-Sea, close to 4,000 have been recorded.

As experts pointed out, this demonstrates that environmental conditions in that part of England are sufficient for supporting a healthy seal colony, as reported by news.sky.com.

Compared to three years ago, when a total of 2,069 seal pups was counted, this year’s number totals almost double, standing at 3,796. It is not just the pups that are present in large numbers, as around 1,169 adult seals have also been spotted along the coastal area.

“It is a sign of a healthy colony. It’s down to the fish, at the moment the North Sea is providing enough fish for thousands of seals and this is a nice place for them to come ashore and do their breeding”, said Peter Ansell, the chairman of Friends of Horsey Seals.

His association works on helping protect these creatures, and as he pointed out: “They are very popular with visitors, which is funny because they don’t really do anything, they come ashore and flop down and every few hours the pup nudges the mum for a feed”.

Norfolk is known as an important breeding ground for grey seals. It is estimated that close to 50 per cent of the world’s population inhabits British coastal waters. Horsey and Winterton’s flat beaches, combined with shallow waters and high sand dunes provide the perfect birthing location for females.

During Winter months when the seals spend a lot of time on the sand, visitors to the area are instructed to keep their dogs on a lead at all times while also keeping a distance from the creatures.