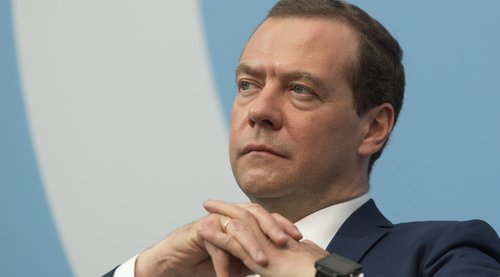 Former Russian President Dmitry Medvedev offered Japanese Prime Minister Fumio Kishida a nuclear history lesson while accusing him of being subservient to the US.

As Japan hardens its stance against China, while backing the American rhetoric about Russia’s possible use of nuclear weapons in Ukraine, former Russian president Dmitry Medvedev offered Tokyo a nuclear history lesson.

Medvedev has become very outspoken of late and is a staunch supporter of President Vladimir Putin. His current role is that of deputy chairman of Russia’s Security Council.

A message posted on his Telegram channel was in direct response to a joint statement made by US President Joe Biden and Japanese prime minister Fumio Kishida. They issued it on Friday 13, after coming out of a meeting in Washington D.C.

“We state unequivocally that any use of a nuclear weapon by Russia in Ukraine would be an act of hostility against humanity and unjustifiable in any way”, the two politicians stated.

Russia’s former leader suggested that instead of being subservient to the US, Fumio Kishida should remind himself historically about which nation’s nuclear bombs have been used in the past, and against which country.

The Russian wrote: “Biden and Kishida said that any possible use of nuclear weapons by Russia in Ukraine would be a hostile act against all humanity, for which there is no justification”.

“This is such a monstrous shame that I will not even comment on the paranoia about our nation’s nuclear plans. Think about it”.

“The head of the Japanese government is spouting nonsense about Russia in a humiliating ecstasy of allegiance, betraying the memory of hundreds of thousands of Japanese who were burned in the nuclear fires of Hiroshima and Nagasaki”.

“Kishida couldn’t care less that the only country that fully used nuclear weapons was the US. And its only victim was his own homeland. He should have reminded the US President of that and demanded repentance for that act of war that the US leadership never did”.

“But no, Kishida is just a servant for the Americans. And servants cannot have the courage. One is left feeling sorry for the Japanese. After all, such shame can only be washed away by committing seppuku on his return, right in their Cabinet meeting. Although the concept of honour is not peculiar to this generation of Japanese vassals”.