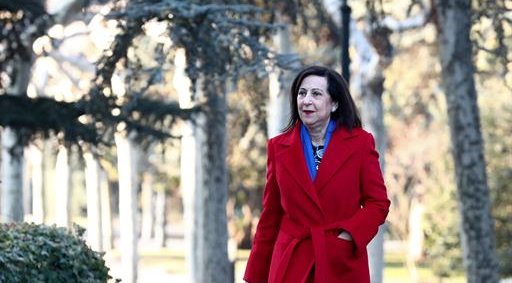 The Minister of Defence, Margarita Robles, will receive 225 Ukrainian soldiers and combatants who will receive training in Spain over the next few weeks, at the Torrejon Air Base in Madrid.

Of the total number of Ukrainians arriving in the country, 198 soldiers, mostly mobilised civilians with no previous military experience, will take part in a basic combat training module to be held at the Toledo Infantry Academy. They will be accompanied by seven other troops who will participate in support tasks for the contingent.

This is the second batch of Ukrainian personnel to be trained at this centre, following a first module held between November and December for 64 troops.

The other 20 Ukrainian military personnel will take part in a basic course to familiarise them with the Hawk anti-aircraft system, of which Spain has donated six launchers to Ukraine. This two-week training will take place at the 74th Anti-aircraft Artillery Regiment in El Copero (Seville).

The Toledo Training Coordination Centre is designed to provide training for rotations of around 400 Ukrainian military personnel every two months. The training programmes offered by Spain cover basic training, combat casualty management, precision marksmanship, action against improvised explosive devices, area demining, use of anti-aircraft weapons and other areas that may arise depending on the needs of the Ukrainian Armed Forces.

In this way, the Armed Forces contribute to the European Union Military Assistance Mission in Support of Ukraine (EUMAM UA), which is under the Operational Control of the Operations Command. To this end, its objective is to contribute to enhancing the military capability of the Armed Forces of Ukraine to effectively conduct military operations, so that the country can defend its territorial integrity within its internationally recognised borders, effectively exercise its sovereignty and protect the civilian population.