Which countries have the most powerful passports in the world in 2023? 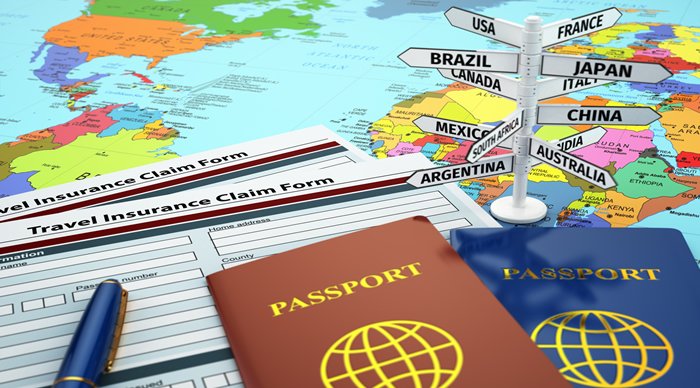 The results of the Henley Passport Index for 2023 have been revealed, showing which countries have the strongest passports.

As revealed on Wednesday, January 11, in the latest results from the Henley Passport Index, for the fifth consecutive year, Japan tops the list. This makes the Japanese passport the most powerful passport in the world again for 2023.

The prestigious index is based on exclusive data from the International Air Transport Association (IATA) and ranks the world’s 199 passports according to the number of destinations their holders can access without a visa.

This year’s results provide a fascinating glimpse into a world characterised by extraordinary turmoil and probably offer an eye-opening look at what lies ahead.

Germany and Spain jointly rank third, with visa-free access to 190 destinations worldwide. The United Kingdom and the United States remain in 6th and 7th place, with 187 and 186 respectively. They both seem increasingly unlikely of being able to recapture the first place they jointly held almost a decade ago.

Afghanistan remains firmly at the bottom of the Henley Passport Index, with a score of just 27 – 166 fewer visa-free destinations than Japan. This is the largest difference in global mobility in the 18-year history of the index.

Dr Christian H. Kaelin, the chairman of Henley & Partners said that the company’s latest study on the relationship between visa-free travel and global economic access revealed what the power of the passport meant in concrete financial terms.

“For citizens around the world, a better measure of the economic mobility and tax opportunities offered by their passports is to analyze the percentage of global GDP that they can access without a visa”.

At the bottom of the ranking, Afghanistan’s passport provides visa-free access to only 12 per cent of the world and less than 1 per cent of global economic output.

In terms of the percentage of world GDP, the US and China take the cake. They lead, with 25 per cent and 19 per cent respectively, but US passport holders can access another 43 per cent of the world’s economic output without a visa, bringing their total to 68 per cent.

Meanwhile, Chinese passport holders can only access a further seven per cent visa-free, bringing their total to just 26 per cent of the world GDP.

India fares even worse, despite being the world’s fifth-largest economy, its holders can access only 59 destinations worldwide and 6.8 per cent of the world GDP, of which the country’s own GDP accounts for roughly half.

The war in Ukraine has not yet had a significant impact on the Henley Passport Index scores for Russia and Ukraine. Both countries hold roughly the same position ‘on paper’ since the invasion almost a year ago.

Russia is currently ranked 49th, with a score of 118, while Ukraine is 13 places higher, at 36th, with a score of 144. However, due to airspace closures and sanctions, Russian citizens are prohibited from travelling throughout most of the developed world, with the notable exceptions of the UAE and Turkey.