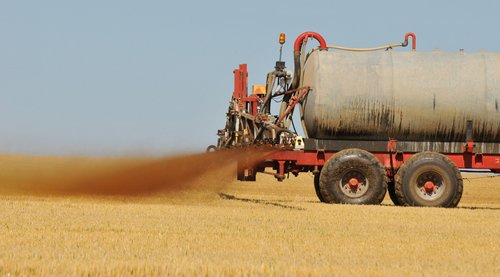 A group of scientists have said that human faeces and urine are safe to use on food crops and could be a potential replacement for 25 per cent of the synthetic products currently in use.

A peer-reviewed article in the journal Frontiers in Environmental Science published on Monday, January 16 said that the use of human waste could be a solution for the fertiliser shortage that has pushed the cost of food upwards.

Author Franziska Hafner, a student at the University of Hohenheim in Stuttgart, said products made from human urine and faeces “are viable and safe nitrogen fertilisers.”

He added that the research found that there “was no risk regarding the transmission of pathogens or pharmaceuticals.”

The research team screened human waste for more than 300 chemicals including pharmaceuticals, hormones and repellents.  Low concentrations were said to be found in only 6.5 per cent of the samples examined.

To give an idea of how low concentrations were, the researchers said a person would need to eat 500,000 cabbage heads for the drugs found in the waste to have any effect.

Researchers also looked at products already being made from human urine, which are being turned into ammonium and nitrate. Among these Aurin, a product recently approved for agricultural use in agriculture in Switzerland, Liechtenstein and Austria.

They also looked at CROP (combined regenerative organic food production), which forms part of ongoing space projects to recycle wastewater. This is deemed crucial for future life on the moon and Mars.

According to lead author Dr Ariane Krause, a scientist at the Leibniz Institute of Vegetable and Ornamental Crops in Germany: “If correctly prepared and quality-controlled, up to 25 per cent of conventional synthetic mineral fertilisers in Germany could be replaced by recycling fertilisers from human urine and faeces.

“Combined with an agricultural transition involving the reduction of livestock farming and plant cultivation for fodder, even less synthetic fertiliser would be necessary, resulting, for example, in lower consumption of fossil natural gas.

“Our study results demonstrate that nitrified urine fertilisers such as Aurin and CROP have a huge potential as fertilisers in agriculture.

“They argue for a greater use of these recycled products in the future.”

Artificial fertiliser prices have soared since Russia´s invasion of Ukraine, but they are also deemed harmful to the environment as well as being a major contributor to global emissions.

The finding that human faeces and urine are safe to use on food crops could be important in curbing global warming, but also in reducing food costs and in resolving many of the negative issues involved in disposing of sewerage.