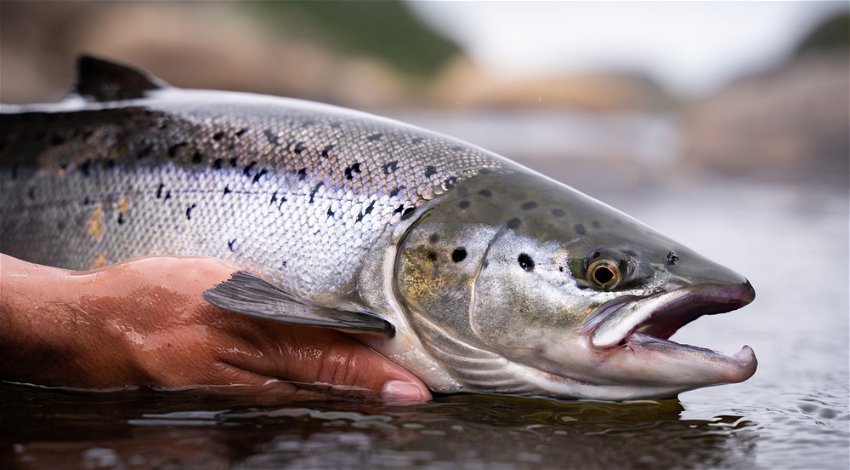 Over 15 million salmon die in Scotland's farms within a year. Photo by Ilya-Marchenko Shutterstock.com

Salmon deaths on fish farms across Scotland were reported to have doubled, as per recent official data.

According to Fish Health Inspectorate, this figure doubled in 2022, due to an increase in diseases, parasites, and jellyfish.

Data by the government body suggests that over 15 million salmon deaths were reported, starting from January until November 2022.

While salmon farmers have blamed the deaths on micro jellyfish, as huge swarms were seen across British waters, environmental campaigners say overcrowding is the reason.

“Deaths in fish pens have reached record levels for a number of reasons,” said Abigail Penny, executive director of Animal Equality UK, as cited by the Guardian.

She added, this is due to “a sharp rise in infectious diseases among the fish who are packed into unnaturally overcrowded cages, as well as poor gill health and rough treatments to remove lice from the infested waters”.

“As the industry grows, so do these issues. We must take back the power and boycott farmed fish, it’s the only way that we can begin to curb this ever-worsening problem”.

Meanwhile, a statement by a spokesperson of the Scottish government said, all the farms have agreed voluntarily to report the deaths of salmon.

“The mortality reports list multiple factors – for example, gill issues, bacterial or viral infection, handling, or predation – so it is not always possible to allocate mortalities to a specific cause,” the spokesman said.

The statement added, “However, gill health remains a key issue. There has been an increase in attributing environmental issues, including jellyfish and plankton blooms, and bacterial infections as a cause of mortalities in 2022.”

Among all fish sold in the UK, salmon constitutes over 29 percent of sales. In 2022, people in Britain spent an estimated £1.2bn (€1,35 billion) at shops to purchase this fish.

Scotland is also a major exporter of salmon as about a quarter of the produce is exported.