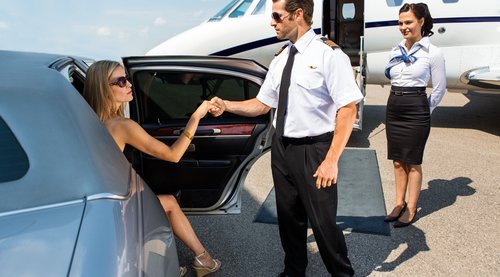 There have been renewed calls to tax the super-rich who are said to have pocketed two-thirds of all wealth created since the start of the pandemic in 2020.

OXFAM made the call on Monday, January 16 saying that immediate action is needed after the richest one per cent take all the spoils.

A report issued by the charity to coincide with the World Economic Forum in Davos said that the richest had pocketed $26 trillion (€24 trillion) in new wealth in the two years ended December 2021. By comparison, a little over $13 trillion (€12 trillion) was shared by the remaining 99 per cent of the world´s population.

Extreme wealth and extreme poverty have increased simultaneously for the first time in 25 years. Billionaire wealth is booming, while millions struggle to survive. Let’s end this era of #SurvivalOfTheRichest. It’s time to #TaxTheRich to #FightInequality.https://t.co/bHXWrK4LTH pic.twitter.com/1jn5iWY5BE

It adds that many of the policies being implemented by governments across the world to boost economies, do little to help the poor but are helpful to the rich. What´s more the rich were more likely to add to global warming emitting as much as a million times more carbon than the average person.

“Extreme poverty is increasing for the first time in 25 years and close to a billion people are going hungry but for billionaires, every day is a bonanza.

“Multiple crises have pushed millions to the brink while our leaders fail to grasp the nettle – governments must stop acting for the vested interests of the few.

Referring to money´s corruption of politics and democracy, the report pointed to growing political polarisation as evidenced in an increasing number of countries where civil unrest is growing.

OXFAM called for a once-off wealth tax and for the permanent implementation of super taxes for the world´s richest. It also called for policies to be implemented to stop profiteering during crises like the pandemic and the cost of living.

Figures quoted by OXFAM show that:

Colombia’s finance minister, José Antonio Ocampo, said in the foreword of the report: “Taxing the wealthiest is no longer an option – it’s a must.

“Global inequality has exploded, and there is no better way to tackle inequality than by redistributing wealth.”

He added: “Fairness is at the heart of Colombia’s tax reforms. Concretely, this means a new wealth tax, higher taxes for high-income earners and large corporations reaping extraordinary profits in international markets, and ending tax incentives that exist without clear social or environmental justification.

“We are also implementing digital services taxes and adopting a corporate minimum tax rate, building on the international tax deal.”

The renewed calls to tax the super-rich are unlikely to achieve results with competition for the money and the business of the world´s wealthiest remaining high.