Turkey has proposed becoming a humanitarian corridor between Russia and Ukraine 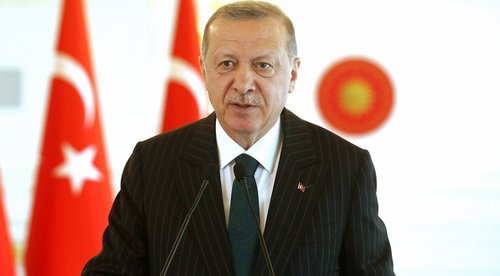 Turkey has proposed becoming a humanitarian corridor to allow for the evacuation of the wounded from the warzone in Ukraine.

Turkey’s Chief Ombudsman Sheref Malkoc told the newspaper Hürriyet that the country had offered to create a corridor that could be used by both sides to evacuate their wounded.

He said that “[Russia and Ukraine] gave each other the lists. How many soldiers there are, how many civilians, generals or soldiers, we don’t know.

“But we should at least start discussing point by point. It’s not easy. We have proposed opening a corridor in Istanbul, but whether it will be air, land or sea is not yet clear.

“We are only at the beginning of the journey.”

According to Malkoc negotiations were held on the sidelines of the International Conference of Ombudsmen on January 11-12 in Ankara, between the Commissioner for Human Rights in the Russian Federation Tatyana Moskalkova and her Ukrainian counterpart Dmitry Lubinets.

Malkoc who was involved in the negotiations said that lists had been exchanged suggesting that around 800 people could be evacuated.

He said that preparations had begun after he told the parties to make preparations first and to exchange lists later saying “Let’s move forward slowly and create this mechanism by persuading your leaders and the public.

Malkoc said the first part was to manage the image and the second to convince the leadership which Turkish President Recep Tayyip Erdogan will undertake. He added that Turkey was prepared to give more support if required.

Moskalkova said she expects clarity on this issue from Turkey adding that at meetings with the Ukrainian and Turkish sides, this issue was not discussed separately. According to her, without the decisions of the top leadership of the states, no initiatives for the mutual exchange of wounded or prisoners are possible.

Erdogan has urged parties not to limit the idea of becoming a humanitarian corridor only to the Russian-Ukrainian conflict, but also to expand it to other conflict regions including Azerbaijan, Libya and Syria.