UK weather warning– flooding, snow temperatures as low as minus 10 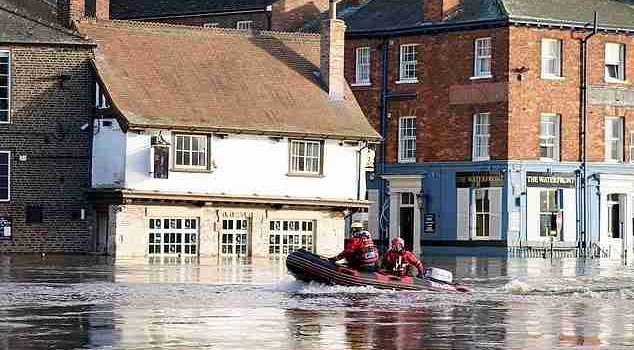 The Met Office has issued a yellow weather warning for large parts of the UK with more flooding expected, along with snow and temperatures as low as minus 10.

On Monday, January 16 the Met Office said that with the colder temperatures ice can be expected across all four nations making driving conditions treacherous. It added that snow is expected in London, the South East and Scotland.

Operations are also said to be underway to control the flooding but that more flood warnings are in place with more rain expected throughout the country.

Few places are expected to escape the cold with the Highlands in Scotland dropping to around minus 10 and major cities like London, Cardiff and Edinburgh all seeing temperatures fall below zero.

There's a big change in store over the next few days

We lose the mild air that's generally been coming in from the west for some time now, and tap in to a colder northerly airstream

A Met Office statement said: “By Sunday most of the UK will be in the northerly airflow, with lower temperatures spreading further south overnight.

“Showers will fall increasingly as sleet and snow in the north, even to lower levels.

“Some showers further South and West, and perhaps a more persistent spell of rain overnight into Monday, could also turn to sleet and snow mainly over high ground such as the Brecon Beacons, Exmoor and Dartmoor.

“Overnight frost will become more widespread by Monday night, with overnight temperatures below 0°C across much of the UK. Temperatures could get down to -10°C in sheltered glens, or across high ground areas of Scotland where there is lying snow.”

According to the report, Tuesday night will see the worst of the weather whilst Scotland can snow and ice in the north from Sunday to Wednesday.

“Ice will be an additional hazard, especially Tuesday night.

“A few centimetres of snow are likely at low levels over a given 24-hour period, with the potential for 10-15cm above 200 metres, especially across parts of the Highlands.”

Residents have been urged to take care on roads with increasing numbers of potholes but also to be aware of icy patches on untreated roads, pavements and cycle paths.

Public transport is also likely to be affected.

The Environment Agency still has 90 flood warnings and 152 flood alerts as of Monday morning. Much of Somerset remains affected by high flood waters as do parts of Wales and Yorkshire, particularly in York where flood barriers were deployed overnight.

Authorities have asked residents to take care and to limit travel where possible with flooding, snow and temperatures as low as minus 10 likely to affect roads and public transport adversely.