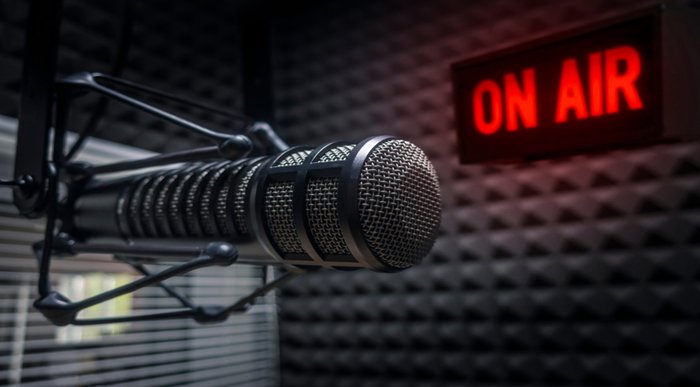 Image of microphone in a studio. Credit: Andrei_Diachenko/Shutterstock.com

After 31 years broadcasting for BBC Radio 2, legendary presenter Ken Bruce announced he will quit in March.

The iconic Scottish presenter, Ken Bruce, announced this morning, Tuesday, January 17, that he is quitting his job with BBC Radio 2. After 31 years on air with the broadcasting giant, Bruce revealed he will take up a new position with Greatest Hits Radio.

📻 After 31 years presenting the 9.30am–midday weekday show @BBCRadio2, Ken Bruce has announced he has decided to leave in March. https://t.co/jj8uPq0rsz pic.twitter.com/glY5Q7lRyB

In total, the legendary 71-year-old personality has been with the BBC for a stunning 45 years. His current weekday radio show is broadcast from 9:30am until 12 midday and is surely a regular part of many people’s everyday routine. His dulcet tones will now be heard between 10am and 1pm from April on the Bauer radio station.

A statement from Bruce stated: “Nothing stays the same forever and I have decided the time is right for me to move on from Radio 2 when I reach the end of my current contract in March”, the presenter announced this morning.

Bruce continued: “It’s been a tremendously happy time for me: I’ve made many friends and worked with many wonderful colleagues. However, I feel that after 45 years of full-time broadcasting on BBC Radio, it’s time for a change”.

“I would stress that this is entirely my decision but some new opportunities have come up and I would like to continue my career in a slightly different way in the next few years, the details of which will be revealed shortly”, he added.

Bruce concluded: “I will always be very proud of my association with the BBC and Radio 2 in particular and I’d like to thank everyone who has helped to make the mid-morning show a success”.

“Ken is an extraordinary broadcaster with an exceptional career over many decades. He has been part of every significant occasion marked by BBC Radio 2 and we, his faithful audience and the Radio 2 all-star line-up will miss his warm humour and wit. Congratulations on a brilliant career”, commented Lorna Clarke, the Director of BBC Music.

Ken joined the BBC in 1977 as a BBC Radio Scotland staff presenter. His first regular slot on Radio 2 was the Saturday Late Show in 1984, and the following year he fronted the Radio 2 Breakfast Show, taking over from Terry Wogan.