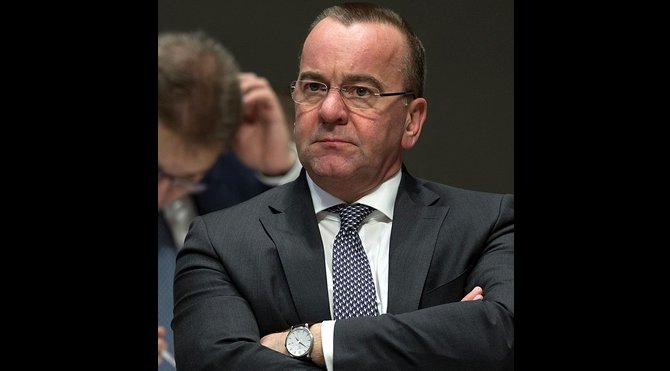 Christine Lambrecht’s successor as German Defence Minister has been named as Boris Pistorius.

With Germany facing crucial military talks this week at the Ramstein military base, Pistorious will face a real baptism of fire. He will be tasked with making a decision on supplying tanks to Ukraine, although Scholz will have the final say on that matter, as reported by politico.eu.

At a briefing hosted on Monday, January 16, by government spokeswoman Christiane Hoffman, German Chancellor Olaf Scholz accepted Christine Lambrecht’s resignation from her post as German Defence Minister. A decision on her successor will be made in the near future.

“The chancellor respects Lambrecht’s decision and thanks her for the good work she has done during this difficult and challenging time. The chancellor will soon submit a proposal to the president for a successor”, declared Hoffman.

When asked by journalists whether Scholz accepted the minister’s resignation, she answered in the affirmative.

A representative of the German defence department who was present at the event explained that Lambrecht would fulfil her duties until she received a letter of dismissal from the President. When this will happen is still unknown, they said.

As the Frankfurter Allgemeine Zeitung newspaper reported, citing sources in the German government, the name of Lambrecht’s successor as Minister of Defence, “out of respect for her decision”, will not be announced until Tuesday 17.

According to the BILD news outlet this evening, Friday, January 13, Christine Lambrecht, the German Defence Minister has decided to resign from her position. They revealed that the information came personally from the 57-year-old minister, and not from the Chancellery.

No exact date has been given for her resignation and it is reported that a successor is already being discussed internally by the German government.

The upcoming resignation is preceded by an unprecedented series of breakdowns. Most recently, Lambrecht Silvester had caused outrage with his embarrassing speech made just before the New Year’s Eve fireworks display. The video allegedly caused the shaking of many heads in government circles.

Going live on Instagram, Lambrecht seemed to deliver a totally unprepared, spontaneous speech. She said: “A war is raging in the middle of Europe”.

Continuing to speak above the sound of exploding fireworks, she said that the war in Ukraine had given her “many special impressions. Many, many encounters with interesting, great people. I would like to say a heartfelt thank you for that”, according to bild.de.

She ended by wishing everybody: “A Happy New Year in 2023, which we hope will be healthy, happy and hopefully peaceful”.

After taking office as head of the Bundeswehr in December 2021, in her first interview with BILD am SONNTAG, Lambrecht stated that she did not know the Bundeswehr ranks. Five months later, she confessed to the ‘FAS’ that she still didn’t know the ranks.

BILD revealed that it has been informed that Lambrecht’s successor will be decided quickly. The 54-year-old military commissioner Eva Hogl is currently mentioned as a possible successor they said. After her resignation, Lambrecht is entitled to a pension of €5,000 once she reaches the age of 65.