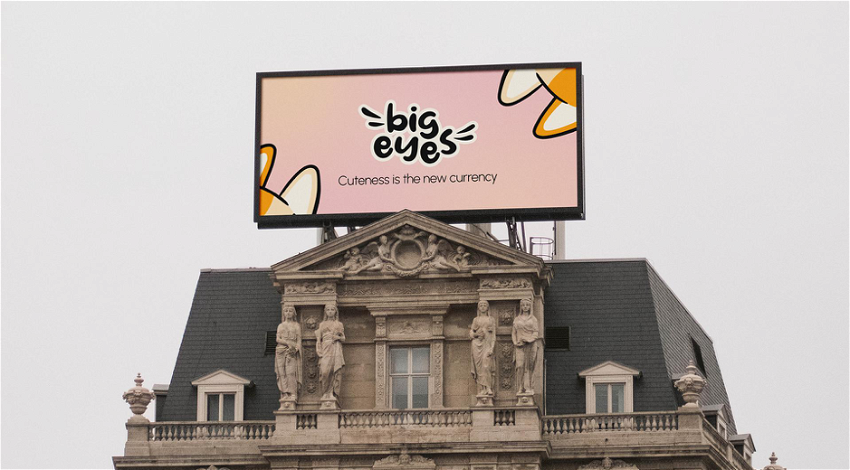 Big Eyes Coin (BIG) is a cryptocurrency on a rampage as it reaches an astronomical 16 million dollars in presale.

Now at stage 9, Big Eyes Coin is looking to keep its hot streak going by continuing to offer a highly lucrative bonus code LAUNCHBIGEYES200 for a 200% bonus at checkout.

And there is no telling how far this meme coin will go, especially after securing a tier 1 CEX launch for its official release and impressively appearing on a 3D billboard in New York City, a couple of months ago.

However, not every crypto in the market is in top form. In fact, some possess prices that are significantly lower than their all-time highs.

You could argue there is still an ongoing bear market, but this disappointing trend has been going on for several months now.

Time will tell whether Big Eyes Coin can go on to surpass Dogecoin and Shiba Inu because of their current below-par performance or if its meme coin competitors can resurge in the future.

Dogecoin: Where there’s an Elon there’s a way

Dogecoin is renowned for its seamless and cost-effective peer-to-peer transactions in a supportive community of meme lovers.

But it is even more notorious for being associated with Elon Musk. Ever since 2009, when the multimillionaire tweeted about Dogecoin in an innocuous tweet, the pair seem to bounce off each other.

After all, Musk’s first tweet about Dogecoin allowed it to propel up the crypto rankings and reach a market cap of over 11 billion.

And in more recent times, when Musk bought Twitter back in October, Dogecoin temporarily surpassed Cardano (ADA). Thus, as long as Elon is around, Dogecoin has a chance to rise from the ground.

Shiba Inu: Staking rewards should not be underestimated

Apart from being the so-called ‘Dogecoin killer’, Shiba Inu is known for its outstanding staking rewards and this feature can be very remunerative.

All investors need to do is stake or ‘bury’ their Shiba Inu coins and they will be rewarded in a range of tokens such as BONE, SHIB, and LEASH over time.

The beauty is, the more coins you stake, the more passive income you can potentially earn. Hence, this beneficial feature could lead to Shiba Inu rising in price once again.

Big Eyes Coin has excellent potential due to its proposal of ocean-saving charity donations, top ten NFTs, and the creation of a fun-filled community of cat lovers.

On a financial level, Big Eyes Coin could become profitable because of its NFTs. You only need to check out the Big Eyes website to get a taste of the unbearably cute and unique tokens to come.

Meanwhile, philanthropically, Big Eyes Coin plans to donate 5% of its total supply to ocean-saving charities, which could lead to less global warming.

The proposed Big Eyes Coin community ties both elements together, where investors may simultaneously be able to make a healthy return whilst helping to save the planet.

Big Eyes Coin reaching 16 million dollars in presale is a major milestone in its journey to becoming a successful meme coin. Dogecoin and Shiba Inu are more established cryptocurrencies, yet the innovation and originality of Big Eyes Coin could allow it to supersede both.