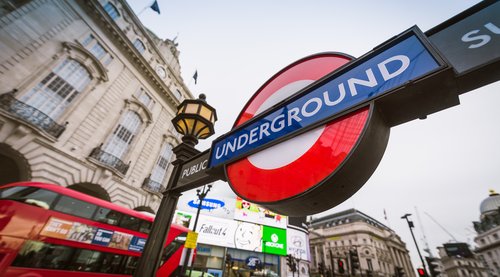 London´s Mayor Saddiq Khan confirmed that London had just got a lot more expensive with the largest hikes in council tax and public transport costs in more than a decade.

Speaking on Wednesday, January 18 Khan said that bus fares will increase by an average of 5.9 per cent whilst council tax bills will rise 9.7 per cent. Tube fares will also increase by 6.7 per cent although the level of increase is dependent on the zones travelled.

There is more bad news for Londoners with the temporary ban on free travel for the over 60s that was introduced during the pandemic, becoming permanent from Wednesday. That will according to the Evening Standard raise an extra £40m a year.

The increase was criticised by Prime Minister Rishi Sunak, however, Khan said he was forced by the Government to mirror the 5.9 per cent rise in national rail fares and to increase his share of council tax by the maximum allowed. The extra funds raised will be used mainly to fund the Met police and London Fire Brigade.

Khan had recently expressed frustration that, under the funding rules, London would lose out if it did not follow Government expectations. He went on to blame “insufficient” Government funding to cover frontline services and that had left him no choice but to raise council taxes by the maximum allowed.

Average council bills in London will rise to £434.14 from April with the funds going towards among other plans, the recruitment of an extra 500 community police officers.

Age UK London was quick to add their voice to the dissenters saying that the increases were a “devastating blow” for the elderly. The Chief Executive of TravelWatch was another, with Michael Roberts saying: “The fares rise of 5.9 per cent across TfL services will be challenging for many people.

“More people use the bus every day in the capital than any other type of transport. Buses are used most by lower-income Londoners, so we are particularly disappointed that these fares were not capped.”

Mr Khan said: “The last thing I want to do is increase council tax at a time when many household budgets are stretched, but the Government’s refusal to provide the funding our city needs means I’ve been left with no viable alternative but to help plug the gap by raising council tax.

“This will ensure we can protect and further improve our vital frontline public services, including the police, transport and the London Fire Brigade.”

The big increases mean that London just got a whole lot more expensive for residents, but will also become costlier for businesses and visitors alike.