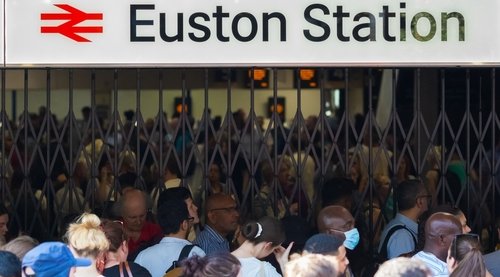 The minister of state for transport has told the Transport Select Committee that settling would have cost less than the strikes.

Huw Merriman admitted on Wednesday, January 18 that vast sums racked up due to the industrial action have “ended up costing more” than settling.

Committee member Ben Bradshaw put Merriman on the spot saying: “we’re talking of a cost to the government of over a billion (pounds) so far.

“That would easily be enough money to have solved this dispute months ago, wouldn’t it?”

Merriman responded saying: “If you look at it in that particular lens, then absolutely, it’s actually ended up costing more than would have been the case if it was just settled in that part.”

He continued: “We also have to look at the ability for the reforms that don’t often get talked about, but they’re absolutely vital as part of the package.

“It’s the reforms that will actually pay for these pay deals and also make the railway more efficient in the long run as well.”

With no-pay deals struck by the government, the strikes continue and the longer they continue the more other workers vote to join the requests for inflation-busting increases.

The comments by the minister have led to him being accused by RMT General Secretary Mick Lynch of: “admitting that prolonging the rail dispute was part of a deliberate strategy that was dictated by the government’s concern to keep down the pay of rail workers, nurses, ambulance workers and teachers.

“The wider economy and the business interests who relied on pre-Christmas trade were just collateral damage in that policy.”

But Merriman has disputed those claims saying telling committee members that the government has not “interfered in a negative manner” during talks aimed at resolving the ongoing dispute over jobs, pay and conditions.

The cost to the economy of strikes grows daily leading the rail minister to admit settling disputes earlier would have cost less, adding that there were other considerations to take into account.