BREAKING: Spotify and others accuse Apple of ‘imposing unfair restrictions on businesses’ 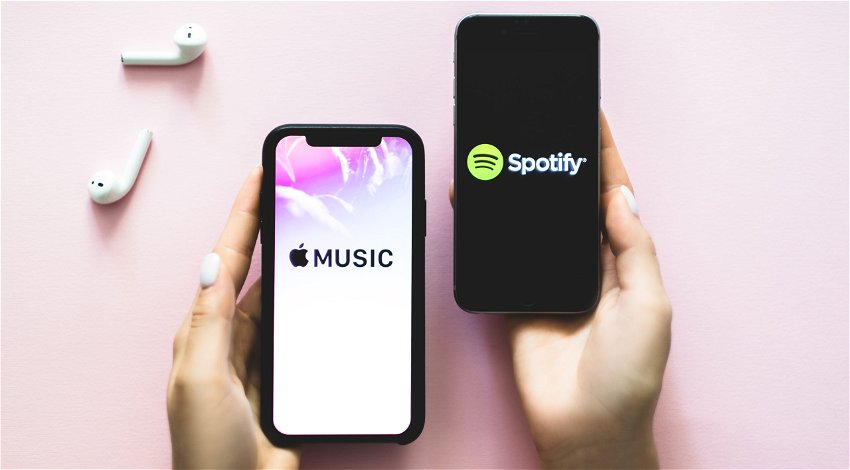 SPOTIFY and seven other companies have launched an attack on Apple, accusing them of placing ‘unfair restrictions on businesses’.

Spotify sent an open letter written to Margrethe Vestager, the European Commissioner for Competition, along with seven other companies in similar businesses demanding a clamp down on Apple.

“We are writing to you to call for swift and decisive action by the European Commission against anticompetitive and unfair practices by certain global digital gatekeepers, and Apple in particular.”

It added: “For years, Apple has imposed unfair restrictions on our businesses. These restrictions hamper our development and harm European consumers. They include the tying of the App Store to Apple’s proprietary payment system, with its excessive commissions for app developers; the creation of artificial obstacles that prevent our businesses from freely communicating with our customers; restrictions to developers’ access to data of their own users; and capricious changes to terms and conditions.”

The letter accuses Apple of benefitting from “a monopoly position over its mobile ecosystem and extracts exorbitant rents from app developers who have no choice but to remain on the App Store to reach European consumers.”

“Apple has and continues to defy every effort from courts and regulators to address these unfair practices. While Apple continues to reap unfair rewards, the harm to developers and, more importantly, to consumers is immeasurable,” it read.

“The time has come for urgent action from the EU to end Apple’s abusive behaviours. The EU has the opportunity to take the lead, but it must act fast as every day that passes is a loss for innovation and for the welfare of European consumers.”

The companies called for a “rapid decision in the competition case against Apple for its illegal, anti-competitive behaviour involving music streaming services.”

It added: “Many of the anti-competitive behaviours described in the Commission’s Statement of Objections against Apple are felt not only by music streaming services but by countless other app providers who wish to offer goods and services via the iOS App Store. That Statement of Objections is nearly two years old and the abuses and consumer harm will continue until a remedy is enforced. Beyond the specific App Store case, the EU authorities urgently need to look at Apple’s abusive behaviour in other areas as well, such as publishing, web softwares, communications, and marketplaces.”

The letter urged for the Commission to “also swiftly enforce the Digital Markets Act (DMA), prioritising Apple’s designation as gatekeeper and ensuring that it complies with all the obligations related to app stores and mobile ecosystems.”

“The DMA is a much welcome and groundbreaking legislation. Its effects are already being felt in other regions across the world, who are keen to follow the EU lead,” it added.

“However, its success will be measured by its enforcement. Any attempts by Apple and other gatekeepers to circumvent the rules – including on misleading and vague grounds of privacy and security – should be resisted. We are at your and your teams’ disposal to share our market experience and our views on what meaningful compliance should look like.”