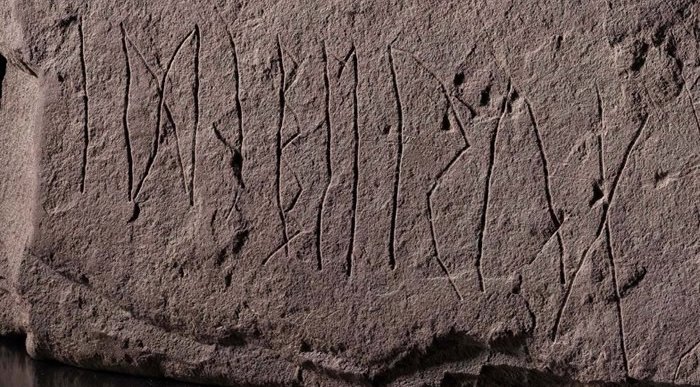 The oldest runestone in the world was discovered in Tyrifjorden, Norway.

Archaeologists in Norway have found the world’s oldest runestone, according to their estimate. They believe that the inscriptions on it are up to 2,000 years old and date back to the earliest days of the mysterious history of runic writing, as reported today, Tuesday, January 17, by historiskmuseum.no.

Carved into a flat square block of brownish sandstone are signs that may be the earliest example of words recorded in writing in Scandinavia, said a spokesperson for the Cultural History Museum in Oslo. They added that it is “one of the oldest runic inscriptions ever found”, and “the oldest dated runestone in the world”.

“This find will give us a lot of new knowledge about the use of runes in the early Iron Age. Perhaps this is one of the first attempts to use runes on stone in Norway and Scandinavia”. said Christel Silmer, a professor at the University of Oslo.

Between 1,800 and 2,000 years ago, someone stood by the Tyrifjorden and carved runic signs into the 31×32 cm boulder of reddish-brown Ringeriks sandstone. They spoke an ancient language that is considered the precursor to Old Norse. Old Norse is again the parent language of the Nordic languages ​​spoken in Scandinavia today.

This new runestone was discovered in late 2021 during the excavation of a tomb near Tyrifjorden, west of Oslo. This is a region known for several earlier monumental archaeological finds. In addition to stone, burnt bones and charcoal were found in the cremation pit.

There is confusion as to whether the name of a buried person is carved into the stone. On the front of the stone, eight runes stand out clearly among other inscriptions.

Paraphrased in letters it says ‘idiberug’. Was the stone made “for Idibera”? Or did they mean to write the name “Idibergu” or the family name “Idiberung”? The stone has subsequently been named after the place of discovery and is now called ‘Svingerudsteinen’.

An exhibition featuring the stone will be held at the Museum, opening on the weekend of January 21-22. See prices and plan your visit.