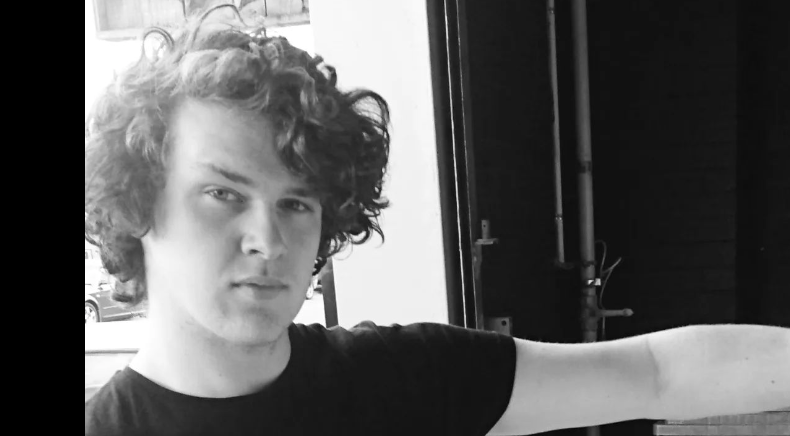 Cause of death revealed after 22-year-old father dies suddenly in his sleep. Image: Mech Monkey/Facebook

THE family of a young father who died suddenly in his sleep have tragically revealed the cause of his sudden death and warned people not to “take anything for granted.”

Odhran McKenna, 22, father to an 18-month-old son, died suddenly in his sleep earlier this month, however, the cause of death has now been revealed.

Odhran’s grandparents Paul and Angela McKenna said that the young dad died of meningitis and sepsis.

The heartbreaking incident occurred on January 7 when Odhran, who lived with the couple, announced that he was going to bed after coming down with a headache.

However, when his grandparents went to check on him, he had sadly died suddenly in his sleep at their home in Lenadoon, West Belfast.

“It was very rapid,” Paul McKenna told The Irish News.

“For me, it was terrible. We were up checking on him. He was up and down a couple of times to get water and we made him dinner, but he didn’t feel up to eating it.

“Later that night, we all went to bed and I went to check on him again and he had passed away in his sleep.”

The 65-year-old said that his grandson was a really good dad and every bit of money that he earned from working at Autoclean.

“[Odhran] was very happy and he had friends everywhere,” he said.

“Everybody who met him had a good word to say about him.”

He added: “He was always at the bikes. He went racing all over the place. He was a genius for working with cars.

“He just had a natural talent for putting things together.

“Everybody who has come into the house has said he was a gentleman. He was a well-mannered child. He was always working at something. He had a great work ethic.

“He was a really good father. All of his money went for the child. He was dedicated to the child.”

After revealing the post-mortem result of death by meningitis and sepsis, Paul urged people to get checked out “right away”.

“You can’t take anything for granted,” he said.

He added: “I have had plenty of death in my family and my wider family, but this is the most devastating one.

“He lived with us and we loved him. He never brought trouble to the door. He was his granny’s pride and joy.”

Local mountain bike shop Mech Monkey paid tribute at the time: “We got the devastating news at the weekend that @odhran_mckenna passed away at 22 years old.

“Odhran appeared on our radar as a young sender and a talented bike wrecker! We just had to put him on the team and stitched him a rig together from spares many times. He was an absolute pleasure to watch on the bike, such raw talent and natural style!”

It added: “He used to hang about the shop being a pest, but when you harnessed that energy the work ethic was incredible. He was never afraid to muck in and help us out.

“Odhran was a menace and a shredder, a renegade and an absolute gent. See you on the other side dude.”

The news comes after the sudden death of a young mother in her sleep was also reported earlier this month.

Nadia Joseph-Gosine, a British mother of one, was due to marry her fiancé, Devon Gosine, back on December 7, 2022, in Trinidad, when she died suddenly in her sleep on the morning of the wedding.

Nadia was in Trinidad with her 10-year-old son Emari as she waited to marry Devon.

The 33-year-old from London’s Beckton had been in the Caribbean for weeks prior to the wedding ceremony.

However, after spending the night before the big day chatting and thanking guests, when Devon woke in the morning, he found Nadia unresponsive.

The news outlet stated that the young mum died suddenly of liver disease.