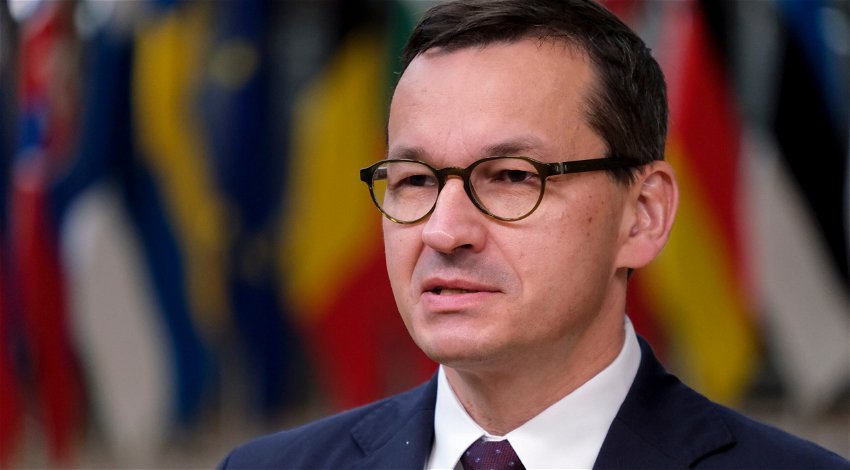 THE Prime Minister of Poland Mateusz Morawiecki said he is worried about the appointment of Christine Lambrecht’s successor as German Defence Minister, Boris Pistorius.

The head of Poland’s government has publically stated that he is “worried” by old statements made by the new German Defence Minister.

Statements from Pistorius, prior to taking his new position, called for sanctions against Russia to be eased.

Speaking about those statements to Polsat News reporter Piotr Witkowski on his flight home from the World Economic Forum’s annual Davos meeting, Morawiecki said: “This worries me a lot.

“I don’t know much about Germany’s new defense minister. What I do know gives me some anxiety. I know he’s a close associate of Gerhard Schröder, a symbol of disgrace, someone who keeps chit-chatting with Putin as if nothing had happened.”

He added: “It is outrageous, said the prime minister. He also said that the new minister should be given “a few days’ time” and see “what his first steps will be.”

Pistorius will be tasked with deciding whether or not to send Leopard tanks to Ukraine, although German Chancellor Olaf Scholz will likely have the final say on that matter.

Morawiecki said that “we agreed that we would hand over the tanks together.”

He added: “Consent is secondary. Either we will obtain this consent, or we will do the right thing ourselves.

“Here, the most important thing is for the Germans, Danes, Finns, French and other nations to offer their modern tanks and heavy equipment as soon as possible. The ability to defend freedom in Ukraine, and thus the security of the whole of Europe, may depend on it.”