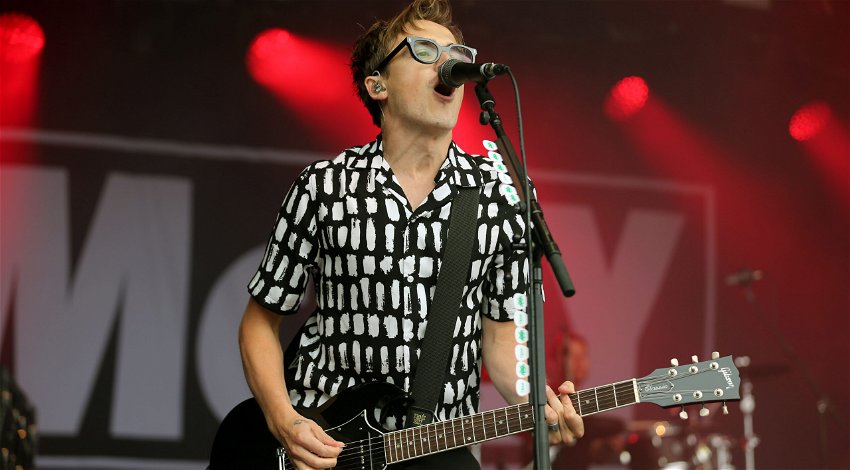 A POPULAR British popstar and children’s author has lent his name to a competition aimed at budding young writers.

The Amazing Authors competition, run in partnership with The Reading Agency and BBC Arts, opens for entries on Friday, January 27, 2023, and will ask young viewers to pen a short story or poem. The winning story will then be brought to life as a book and read as a CBeebies Bedtime Story.

Tom Fletcher of McFly fame said: “I absolutely love sharing stories and books with my own children and seeing their eyes light up as they are transported into another world, so it’s brilliant to be part of the Blue Peter Amazing Authors Competition.

“I’m still enthralled by children’s books even as an adult, so it will be a real privilege to see what ingenious ideas and characters the kids themselves come up with.”

According to The Amazing Authors competition, “burgeoning young authors will need to come up with a brilliant main character, which could be a human, animal, or something completely imaginary – who gets caught up in an amazing adventure.”

“Their work will then be turned into a book and an animation, creating a wonderful story brought to life by award-winning animation studio, Aardman, thanks to funding support from the Arts Council’s National Lottery Project Grants,” it said.

The winning story will be read by Tom on Blue Peter, and will even be available as a podcast on BBC Sounds.

As part of this once-in-a-lifetime prize, “the winner will also get to go behind the scenes at HarperCollins and Aardman to see how characters are illustrated and books are published before receiving a printed version of their story to treasure forever.”

They will also receive a framed picture from the animation and a Blue Peter competition winner’s Orange Badge.

Editor of Blue Peter, Ellen Evans, explained the show wanted to work with a leading children’s author like Tom as a way of firing up children’s imaginations and encouraging them to visit their local library, to get excited about books and writing stories.

She said: “I’m so looking forward to reading all of the stories that are submitted from our viewers and I have no doubt there are lots of aspiring young writers out there with a huge amount of talent.”

Karen Napier, CEO of The Reading Agency said: “We are really excited to be working with BBC Arts on this fantastic competition with Blue Peter. By engaging children across the country in writing for pleasure, we hope that we’ll see the children building their confidence and their broader reading habits. We’d also like to thank Tom and his publisher Puffin Books for their generous support. “

Suzy Klein, Head of Arts and Classical Music TV, says: “Cultivating a lifelong love of reading is central to what we do at the BBC and this competition is an opportunity to celebrate the next generation of brilliant writers. I can’t wait to see the stories our Amazing Authors bring to life and look forward to this wonderful showcase of reading and imagination.”

In 2012, Fletcher and band-mate Dougie Poynter released their first children’s book called The Dinosaur that Pooped Christmas. It became the most popular debut children’s book of 2012 after selling more than 72,000 copies.

The book’s popularity led to a sequel in 2013, called The Dinosaur that Pooped a Planet.

On October 6, 2016, Fletcher released his first solo novel called The Christmasaurus. The story is about a young boy called William Trundle who goes on a magical adventure on Christmas Eve.

A musical version of the book entitled The Christmasaurus: Musical Edition was released exactly a year later to the day.

He has since released two further novels.