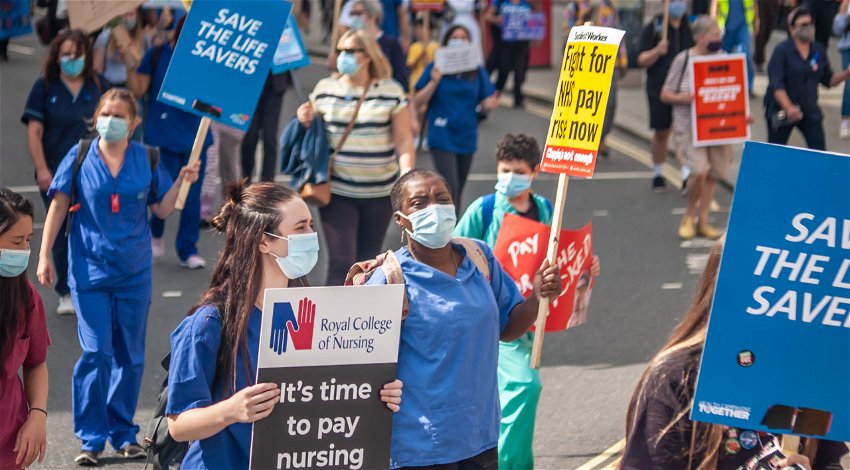 Ambulance workers from at least five NHS Trusts are to strike again on February 6, a day in which the UK could see the largest-ever strike workers in the UK.

The strike has been called for the same day nurses from the Royal College of Nursing (RCN) according to the Evening Standard on Friday, January 20.

Further strikes have been called following statements from unions suggesting that Government has not shown any signs that a resolution can be reached.

The government is said to be holdings firm on its belief that the pay rises union’s members are looking for are not affordable, whilst the unions have said members are willing to continue striking until such a time as a sensible offer is placed on the table.

Unite General Secretary Sharon Graham has criticised the government for its stance on pay negotiations saying: “Rather than act to protect the NHS and negotiate an end to the dispute, the Government has disgracefully chosen to demonise ambulance workers

“Ministers are deliberately misleading the public about the life and limb cover and who is to blame for excessive deaths.

“Our members faithfully provide life and limb cover on strike days and it’s not the unions who are not providing minimum service levels.

“It’s this Government’s disastrous handling of the NHS that has brought it to breaking point and, as crisis piles on crisis, the Prime Minister is seen to be washing his hands of the dispute.”

The announcement of the strike comes as news breaks that the government is setting up a task force to look at the future of the NHS, one that has been criticised for including lobbyists for private health providers.

It also follows the recent admission by the transport minister who said the early settlement would not have cost as much, but that there were other considerations.

NHS Providers and the NHS Confederation have repeatedly warned of the damage that prolonged disputes cause, saying that thousands more operations and appointments will need to be cancelled over the next few months.

Health Secretary Steve Barclay commenting on strike action said earlier this week: “Well 10% is not affordable, it would be an extra £3.6 billion a year and obviously that would take money away from patient services, essential services that we need to invest in given the backlogs from the pandemic.

“Now, within Government, we take a whole Government approach – of course I have discussions with the Treasury, as do other Secretaries of State, and these things need to be balanced not just with the needs of teachers, with the Education Secretary, or train drivers with the Transport Secretary, but also what’s affordable for your viewers in terms of their own cost-of-living pressures.”

Barclay has expressed disappointment with the decision to strike on February 6, which could be the largest-ever strike by health workers in the UK