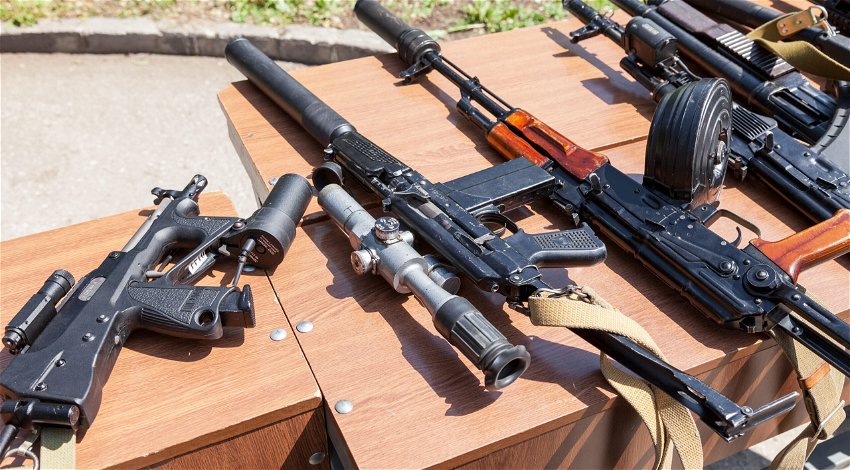 US urges Latin American countries to ditch Russian weapons and donate them to Ukraine. Image: FotograFFF/Shutterstock.com

THE United States is reportedly looking at a deal to facilitate the switch of Soviet and Russian weapons in Latin American countries to US weapons as a way to encourage them to send military equipment to Ukraine.

According to the head of the US Southern Command, General Laura Richardson, the US asked six Latin American countries to ditch their Russian weapons and donate them to Ukraine.

The Voice of America reported that the US wants these countries to transfer their Soviet and Russian weapons to Ukraine and in return would be offered American military equipment in exchange.

“Russia has allies in [the governments of] Cuba, Venezuela and Nicaragua, but six other countries in the region have Russian military equipment.

“The US is trying to persuade these six countries to donate Russian military equipment to Ukraine and replace it with American weapons,” the US military said at a meeting of the North Atlantic Treaty Organisation (NATO).

General Richardson said that Russia, China, and “transnational criminal organisations” were the main reason weapons are in these countries, who are also seen as competitors in the military equipment market.

The news outlet also reported that in addition to Moscow’s main allies in Latin America – Venezuela, Cuba and Nicaragua – other countries, such as Mexico, Peru, Argentina, Colombia, and Brazil, also have Russian or Soviet weapons.

“We are working to replace these Russian weapons with American ones if those countries want to transfer them to Ukraine,” General Richardson said.

The news comes after Ukraine was offered another round of military aid packages from multiple countries on January 19.

The US itself announced another package of aid worth $2.5 billion (€2.3 billion) including Stryker IFVs, additional Bradley APCs, and Avenger air defense systems.

Thank you @POTUS for providing 🇺🇦 with another powerful defense support package worth $2.5 billion. Stryker IFVs, additional Bradley APCs, Avenger air defense systems are important help in our fight against the aggressor. Thank you 🇺🇸 people for unwavering leadership support!

Another country to pledge further support was Estonia, who announced its biggest aid package of heavy weapons to Ukraine so far.

Estonia’s Prime Minister Kaja Kallas said on January 19 that the Ukraine aid package includes howitzers, grenade launchers and ammunition – “what Ukraine has asked us for.”

The Estonian Government supported the proposal of Minister of Defence Hanno Pevkur to provide Ukraine with the largest military aid package to date, which includes remote fire and anti-tank weapons as well as ammunition worth a total of €113 million.