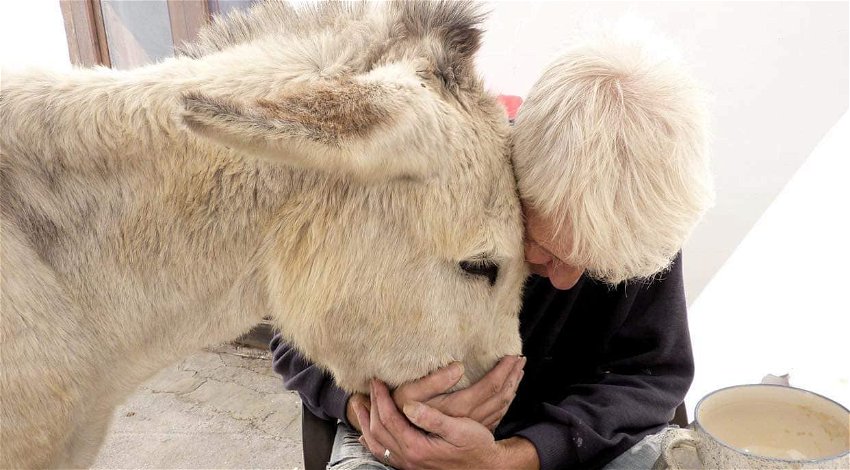 ON Wednesday, January 18, Alora animal activist announced the tragic news that her rare white donkey, Sabino, had died at an estimated 28-years-old.

The Alora local shared the news of the donkey’s death with her Facebook followers.  She said: “I’m hating 2023 already and we haven’t even gotten to the end of January.

“Sabino has been part of the family almost as long as I have been in Spain.  [He] came here as an abandoned donkey in 2006 and we were told he was about 12 years old then.

“He was fine yesterday though has been slowing down over the last few years and didn’t bother to try to keep up with Vinnie and Hoti who are only 15 years old.

“We found him lying on his side this morning, abdomen really swollen and in spite of all our efforts we couldn’t get him up.

“When the vet came, diagnosis colic.  He was given analgesics and then they passed a tube to his stomach.

“Unfortunately we were too late Sabino pass away quietly and at least pain free.”

Sharing an image of her husband with Sabino, Pat added: “Have lots of pictures off him but this one always touches my heart.“It was taken not long before my husband died. It was before we had a lot of dogs and Sabino used to follow him everywhere.

“He was a special donkey RIP Sabino.”

In memory of Sabino, Pat has now asked members of the Costa del Sol community to make a donation to Donkey Dreamland Mijas, who have a donkey, Valiente, in their shelter who needs a lot of medical care.