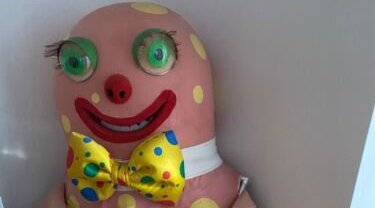 Fans of Noel Edmond´s House Party will fondly remember Mr Blobby, the pink and yellow dotted monster who regularly interrupted the show, who is being sold in an online auction.

The rare piece of nostalgia has attracted a lot of interest with bids already having passed £17,000 (€19,400) despite his rather tatty appearance. Photos posted on the auction site show the costume to be well-worn and creased.

Anyone interested in bidding for the costume can do so on Ebay, however, before you do it’s not the one that appeared on the actual TV show. Instead, the auction lists the item as follows:

“Mr Blobby – an original BBC costume from the mid-1990’s. This was made by the BBC’s costume supplier for an overseas version of Noel’s House Party. Unfortunately, before it could be delivered the  overseas show was cancelled and neither the broadcaster or the  BBC’s production team wanted it – so it sat in my office until a move meant it came home with me some years ago.” 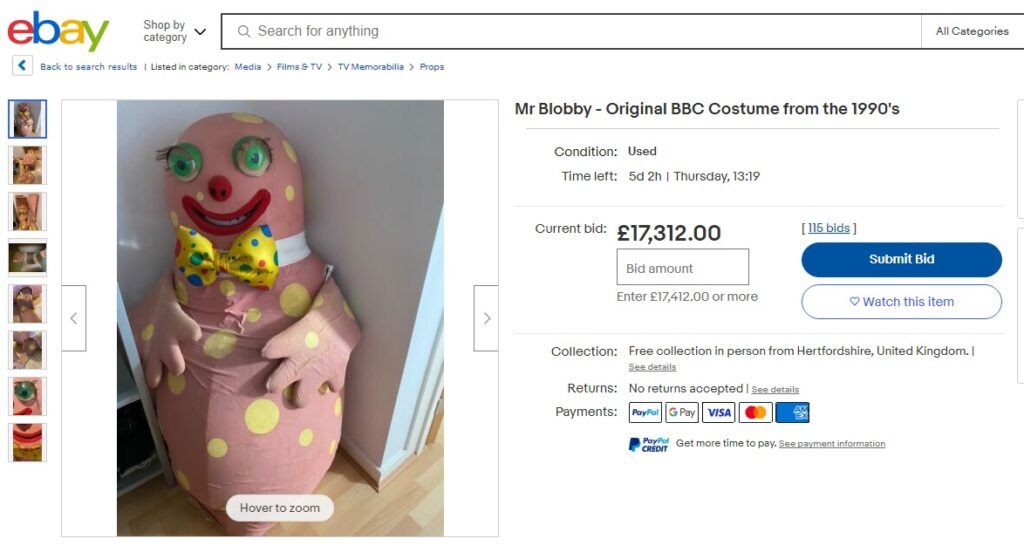 Buying the costume also comes with limitations as the trademark does not allow the commercial use of the item, nor can it be used for performances or appearances.

What´s more, the condition is as the seller says: “Overall it’s not too bad for its age – but there is visible creasing and dust to the covering and some areas require a drop of glue to make good.”

Why sell Mr Blobby now, well apparently the owner is moving house so the character needs a new home too.