Skiing returns to Spain as snowfalls allow resorts to reopen 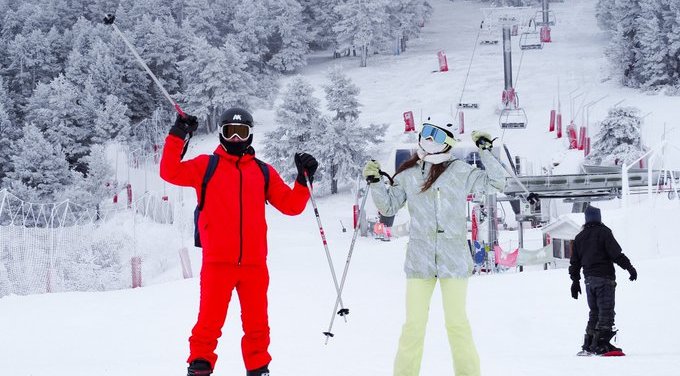 The icy weather that has swept across Spain is a sure sign that snow has fallen on higher ground, allowing resorts to reopen for skiing.

Almost all resorts had reopened by Saturday, January 21 although strong winds have prevented higher slopes from being reopened whilst in other areas rain has meant a further delay.

Lugares de Nieve has advised would-be skiers to check with resorts before travelling but said that all but half a dozen resorts had yet to open, but would most likely to do so in the coming days.

Thursday saw the reopening of the beginner’s slope with red slopes due to open Saturday or Sunday. The resort is said to be busy with many families and schools visiting the area.

The resort was due to open today with more than six skiable kilometres on five slopes.

Although good snow has fallen strong winds and rain have prevented some slopes from opening. The majority of the slopes are expected to reopen by Sunday.

In the Cuitu Negru heavy snows have fallen with more than 40cm said to be covering the ground. Slopes in the region are expected to begin reopening this week depending on the weather.

Fuentes de Invierno is expecting more rain putting the reopening of slopes in jeopardy, however, if more snow falls the possibility of reopening this Sunday becomes a reality.

Manzaneda Mountain Station has been hit by persistent rain forcing resorts to wait for more snow before they can think about reopening. Snow cannons have been used but the rain put paid to any plans to start accepting skiers.

La Pinilla is to reopen three slopes on Saturday with works continuing to develop more routes. The Segovian station is working hard to bring visitors in launching a new medieval fantasy video to promote slopes in the area.

San Isidro and Leitariegos have enjoyed good snow falls and more is expected, however, both stations remain closed as not enough snow has fallen.  San Isidro has said that if it continues to snow at current levels they could reopen Sunday.

Alto Campoo southwest of Santander is ready to open on Sunday initially with four green and three blue tracks. Lifts will operate at 58 per cent with two chairlifts, four ski lifts and the treadmill.

Resorts that are having to wait for more snow are Valdezcaray, Valdesquí and Puerto de Navacerrada. The La Rioja resorts have only seen 15cm of snow, well short of the 20cm required to reopen the slopes.

Jorge Lladó, Managing Director of Valdezcaray, said “we continue working to see if we can get the machines out and prepare the tracks; Once we see if there are enough thicknesses we will see when the tracks can be opened, it still cannot be said that we will be able to open.”

The snow is late this year but skiing returns to Spain this weekend with good snowfall allowing most resorts to reopen.