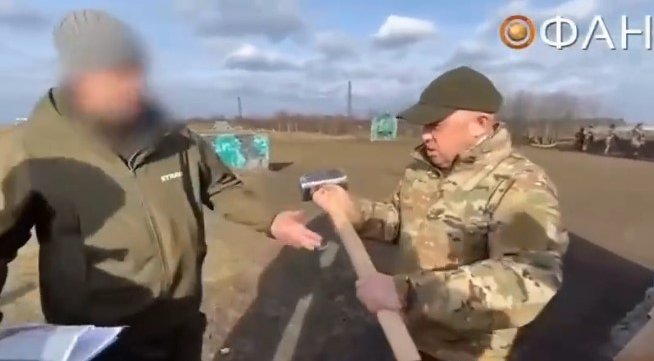 Yevgeny Prigozhin’s Wagner PMC mercenary group has been designated a ‘Transnational Criminal Organisation’ by the US.

In a White House press conference on Friday, January 20, John Kirby, the spokesman for the US National Security Council announced that the Wagner PMC mercenary group is to be designated a ‘Transnational Criminal Organisation’.

NSC Strategic Communications Coordinator John Kirby to Kirby outlines actions the U.S. is taking against North Korea and the Wagner Group, a Russian company, for their support of Russia and its invasion of Ukraine. pic.twitter.com/r1esToU5F8

Wagner’s actions constitute ‘a transcontinental threat’ he continued because of its ‘pattern of serious criminal activity’. He pointed out that the militia and its leader are acquiring ‘great levels of power’ with possible ambitions of controlling the Russian military or even going into Government.

Tens of thousands of convicted criminals have already been deployed to the front lines in Ukraine. They were allegedly promised a pardon once they fulfilled their contracts, raising concerns among observers.

Sanctions against Wagner PMC will be announced next week detailed Kirby, without offering any further information as to what they might entail.

Commenting on John Kirby’s press conference, Prighozin responded via his Concorde press agency on telegram, where he wrote: “Finally, now the Wagner PMC and the Americans are colleagues. Our relationship from now on can be called ‘a showdown of criminal clans'”.

The alleged atrocities of Wagner – a mercenary militia that reputedly receives extensive financial and logistical support from Russian government agencies – could open the door for Russia to finally be declared a state sponsor of terrorism in North America. Should that happen, they will find themselves added to a blacklist made up of North Korea, Iran, Cuba and Syria.

As a result, Russia would lose its immunity before US courts, opening the door to million-dollar claims for the horrors of the war in Ukraine.

Last June, the Senate passed a resolution urging the State Department to adopt such a measure, which prompted a strong response from Moscow, threatening to break all contacts. “It would be monstrous”, warned Russian presidential spokesman Dmitri Peskov.