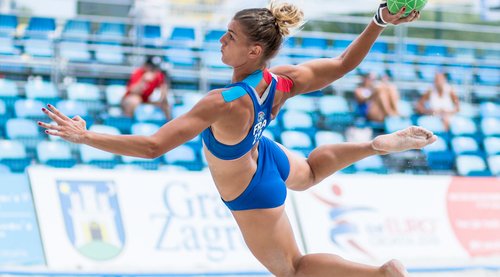 To say Almeria not only says tourism but also says sport.

Sports tourism Almeria has a magnificent network of sports facilities and quality services and infrastructures that have made the city a guaranteed scenario for the organisation and holding of top-level sporting events.

Mayoress of Almeria, Maria del Mar Vazquez, confirmed: “Almeria has its hallmark in the promotion of sport among the population of all ages with the Municipal Sports Games where more than 8,000 boys and girls of all ages from the different municipal sports schools come together. However, it is in the organisation of events at the Andalusian, national and international levels, where Almeria is also a reference.

There will be only six venues that will host the Arena 1000 tournament during 2023, for the moment three have been confirmed, Nazare (Portugal), Orihuela (Alicante, Spain) and Almeria, which will hold the event on July 14, 15 and 16,

The mayoress added: “Almeria offers sports federations and clubs its modern network of municipal sports facilities and a wonderful climate and natural spaces, which allow us to host championships of the magnitude of the Arena 1000 Almeria, which is included in the Arena Handball Tour circuit and which Almeria will hold for the third year”.

“With 32 kilometres of coastline and an average temperature of 28 degrees in the warm season and 19 in the cold season, we are an ideal natural setting for the practice of any sport, such as beach handball, which has more and more followers and is growing as a discipline, bringing together top quality athletes,” added the mayoress.