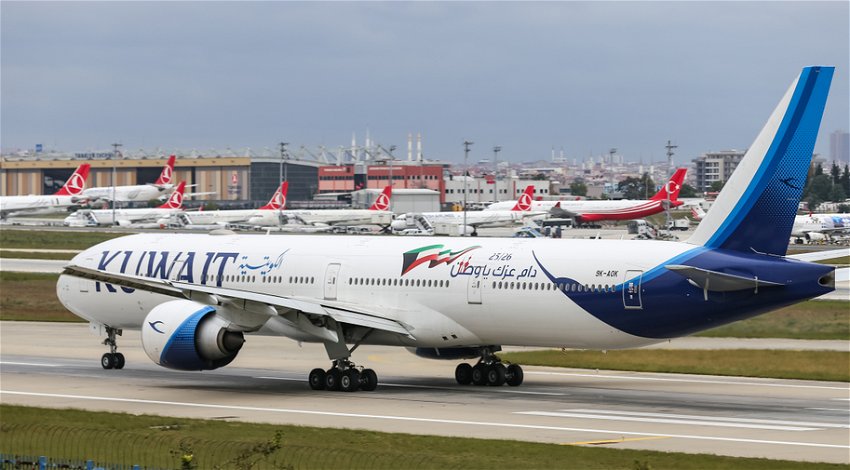 APPLICANTS for Kuwait Airways hostess jobs were allegedly told to strip to their underwear and to pay $1,900 towards the cost of their interview and evaluation tests, according to a report.

The story reported by El Diario on Monday, January 23 claims that the requests were made by Meccti the company undertaking the recruitment process in Madrid on November 5 last year.

If selected applicants reportedly had to complete documentation and submit photos of themselves as well as cover the cost of the evaluation test, essentially pay to be hired in what is a highly irregular process.

Eight women spoken to by the paper all confirm the same story and have all complained of verbal abuse by the recruiters who passed offensive comments about their bodies and their appearance.

They claim they were also asked to show their teeth, something only normally undertaken with animals.

One has alleged she was even turned down because the colour of her skin was too dark, the WhatsApp message she received saying: “I’m sorry but Kuwait Airways will not hire dark-skinned staff.”

A WhatsApp group was set up by the company for the 17 women selected with all instructions and messages reportedly sent in this way. Some of the women claim to have already signed up with the money to be paid to an account in Turkey.

But that’s not the final step, there is still one more interview in Kuwait. It is understood the money will be returned if the company doesn’t hire them.

The company has dismissed the claims and even issued a statement through lawyers threatening legal action for dissemination of false allegations, but after being provided evidence an internal investigation is now underway and Meccti has cancelled all further interviews in Spain.

The prosecutor’s office has opened an investigation into the process as has the Labour Inspectorate.