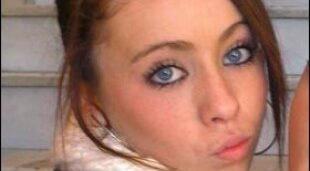 Family of missing Amy Fitzpatrick receive call after 15 years claiming her body is at a racecourse in Spain. Photo by Searchforamy.com

An anonymous call to Amy Fitzpatrick´s family was made 15 years after she disappeared claiming her body is at a racecourse in Malaga, Spain

After 15 years since Amy Fitzpatrick went missing in Mijas, Spain, a major development in the case happened after her family received an anonymous call in Ireland.

As per local reports, a woman called the family, informing them about the coordinates as well as the exact location of her body.

The woman then said that her body can be found ten minutes from where she disappeared in the Mijas racecourse.

“Amy is buried in the abandoned racecourse, in the fifth stable, in the fifth block, next to a water tank”, the caller said, as per a statement cited by La opinion de Malaga.

Fitzpatrick who was originally from Clarehal in Dublin, Ireland, was reported to have gone missing on the evening of New Year’s Day on January 1, 2008.

The incident as per local sources, took place at approximately 10 pm local time when she left her friend’s house in the tourist resort of Riviera Del Sol in Costa Del Sol, to take the 10-minute walk towards her house.

In January 2008, after receiving no call in the night, Fitzpatrick’s aunt Christine went on her social network to see how she was doing.

“We started seeing messages from her friends asking where she was, telling her to come home and that they were very worried”, she stated.

She added, “Christopher, her father, was never officially notified that his daughter was missing.” Hours after seeing the messages, her father and aunt got on a plane and arrived in Spain to start to join the search.

“We believe that not enough was done to find Amy,” said, Christopher, adding, “It was three days after Amy went missing that her mother decided to report her missing.”

After receiving the anonymous call, Christine said, “We have informed Spain, through the Irish police, but we know that they haven’t looked into it yet”, Christine complains, who is fighting not to go and dig it up herself: “it would hinder the investigation”.

She also said, “We have no intention of giving up”, adding, “The Guardia Civil also needs to do the same”.