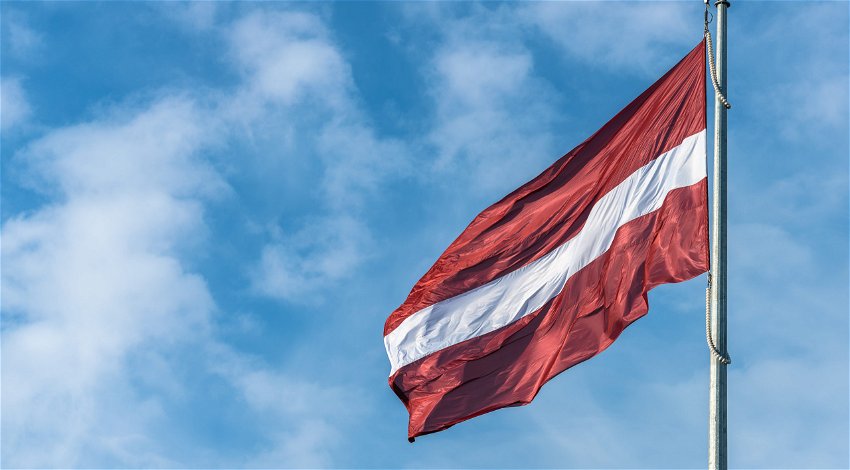 Image of the flag of latvia. Credit: Igor Shoshin/Shutterstock.com

Baltic neighbours Latvia and Estonia have both asked their respective Russian ambassadors to leave the country.

The Russian Foreign Ministry, having significantly reduced the number of staff in its Tallinn embassy, summoned Margus Laidre, the Estonian Ambassador today, Monday, January 23. He was asked to leave the country by February 7, downgrading the diplomatic level with Estonia to charge d’affaires.

As the Russian Foreign Ministry pointed out, the Estonian leadership has been purposefully destroying the entire range of relations with Russia in recent years. Estonia has taken an unfriendly step, “confirming the line towards the collapse of relations”, the diplomatic department said.

On January 11, the Estonian Foreign Ministry announced that Russia, due to the need to achieve parity in the number of employees in embassies, should reduce the number of its employees to eight diplomatic posts and up to 15 posts of administrative, technical and service personnel by February 1.

The department pointed out that Russia, against the backdrop of the conflict in Ukraine, is not promoting relations with Estonia, so there are “no grounds” for the embassy to work in the current composition, as reported by tass.ru.

Since the beginning of the conflict in Ukraine, Estonia has reduced bilateral relations to an absolute minimum, closed the Russian consulates in Narva and Tartu and expelled three employees of the diplomatic department of the Russian embassy.

Following Moscow’s decision, the Estonian Foreign Ministry announced that Russian Ambassador Vladimir Lipaev should leave Tallinn at the same time as Laidre. They pointed out that relations with Russia are based on the principle of parity.

A few hours after Moscow’s decision, Latvia, out of solidarity with Estonia, also decided to lower the level of diplomatic relations with Russia. It asked the Russian ambassador to leave the country. In a statement, Latvia’s foreign ministry said: “The ambassador of Russia shall leave by 24 February 2023”.

On May 23, 2022, Lithuanian President Gitanas Nauseda signed a decree downgrading the diplomatic representation between Lithuania and Russia. As a result, Lithuania withdrew the powers of its ambassador to Russia. At the same time, Ambassador Eitvydas Bayarunas was recalled from Moscow on April 4 in connection with the events in Ukraine.