Brooke Shields documentary covers her sexual abuse by the industry 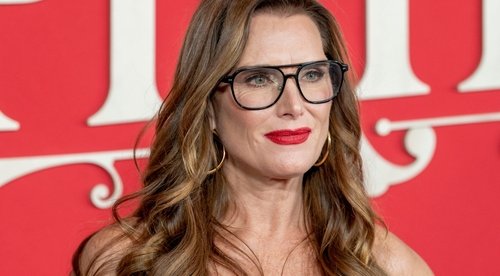 Brooke Shields has appeared in a documentary about her life story that has shaken visitors to the Sundance Festival.

In the documentary covered by El Diario on Tuesday, January 24, she speaks of the sexual abuse and of being raped at the age of 20 by someone in the industry, who had offered to meet with her to talk about a potential role.

She said the rape came at a time work had dried up and that she had accompanied the unnamed man to his hotel room to continue discussions. He then arrived naked and attacked her jumping on and forcing her down onto the bed.

She says that she thought about running away and raising the alarm but decided not to resist saying: “I completely froze. I just thought ‘stay alive and get out of there’. And I just shut up.”

Afterwards, she wrote to her attacker but never received a response but she was also in part denial about whether the incident constituted rape.  She said: “I was saying to myself ‘I shouldn’t have drunk at dinner, I shouldn’t have gone up to the room’.

But she eventually decided enough was enough and part of her way of coping is to tell her story. “I just put my hands up and said, ‘I refuse to be a victim because this is something that happens no matter who you are and no matter if you’re prepared or not’. I wanted to erase the whole thing from my mind and my body. The system had never come to help me, so I had to be strong for myself.”

The documentary revives all the horrors of sexual abuse in the industry. Shields had to grow up at an early age, to be the mother and breadwinner of the family. Her mother was an alcoholic and she needed to step in to give her family the best life possible.

The documentary Pretty Baby covers all the sexual abuse she endured from being stripped naked at 11 for the original film Pretty Baby about a prostitute to being kissed by Keith Carradine 16 years her senior. That, was before she even had a boyfriend.

Sexualised by the industry at a young age she then appeared in Blue Lake, a film in which she appears naked the majority of the time. Then she did not fully understand the implication of what was happening, but now at the age of 57, she fully gets what happened to her and wants to not only tell her story but to warn other would-be starlets.

Most thought that the “Me Too” movement had brought the level of sexual abuse to the fore and had effectively dealt with the issue. But it’s clear from the Brooke Shields documentary where she speaks of her sexual abuse by the industry that there are many more still to come forward with their story.