London borough to ban most vehicles from its streets 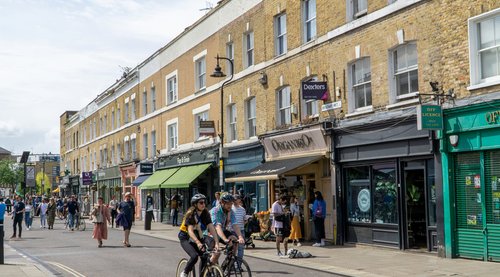 A London borough is taking a bold step as it announces that most vehicles are to be banned from its streets as it expands the controversial low-traffic neighbourhood (LTN) scheme.

Labour-run Hackney Borough Council signed off plans for what it has billed as “the country’s most ambitious plan” to tackle pollution and what it refers to as “toxic air.”

According to the Evening Standard on Wednesday, January 25 around half of the borough’s roads are already covered by the scheme, the most in London.

Announcing the plan Mayor Philip Glanville said that the three-year implementation plan will result in the borough having the largest number of car restrictions, but that it would also have the highest number of electric vehicle chargers and parking for cycles.

Areas that will be affected by the plan are Dalston, Hoxton, Chatsworth Road, Craven Walk, Cazenove Road and Stamford Hill. The Pembury Circus junction and five acres in Hackney Central will also be made “greener” using government levelling up funds of some £19 million (€21.5 million).

The areas will join London Fields, Hackney Downs and Stoke Newington in only allowing cyclists, emergency vehicles and bin lorries to pass through. Blue badge holders will be allowed to use some but not all of the streets.

Bollards, planters and traffic cameras will be used to police the streets and to stop the area from being used as shortcuts.

The changes aren’t welcomed by everyone with Hackney Together saying: “There is no justification for safer, quieter roads for some at others’ expense.” But a study by Westminster University’s Active Travel Academy and climate charity Possible, published earlier this month, found that not be the case.

That study suggested that the measures “substantially” reduced vehicle traffic with having much impact on surrounding roads and areas.

The council says that they have seen a 40 per cent reduction in traffic in the areas where the scheme has been implemented. By contrast, Mayor Lutfur Rahman has removed many traffic calming measures in Tower Hamlets and is currently consulting on the removal of more.

London Mayor Sadiq Khan who has expanded the Ultra Low Emission Zone (ULEZ) is facing legal challenges from many of the surrounding boroughs. They have threatened to go to court to put an end to a scheme that would see older and more highly polluting vehicles pay a charge of £12.50 to access ULEZ areas.

Some councils have said they are supportive but this is not the time for change citing the cost-of-living crises as being a good reason to delay implantation. Harrow, Hillingdon, Croydon, Sutton, Bromley, Bexley, Havering and Kingston have all opposed the scheme that would see most vehicles banned from the streets of the London borough of Hackney.