Spain records its highest population of all time 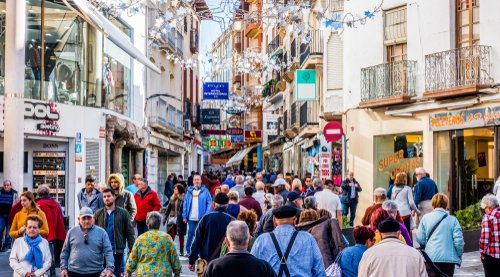 According to the latest data from the National Institute of Statistics (INE), Spain has its highest population ever recorded.

According to the definitive data published on Tuesday, January 24, by the National Institute of Statistics (INE), Spain is home to more inhabitants than ever. As of January 1, 2022, a total of 47,475,420 were registered in the country.

This equates to Spain’s historical maximum population after an increase of 90,313 inhabitants compared to a year earlier, 0.19 per cent more.

INE said this figure represents a recovery from the decrease registered in 2020, a year marked by deaths from the Covid-19 pandemic. The recovery is mainly due to an increase in the foreign population pointed out INE, which rose by 102,784, to a total of 5,542,932.

Foreigners now account for 11.7 per cent of Spain’s population, a figure which has not been recorded in the historical series of the INE since 2013.

Ten years ago, the percentage of registered foreigners was 12.1 per cent, a figure that gradually fell to 9.8 per cent in 2017, the lowest figure in the last decade. The rest of the inhabitants, totalling 41,932,488, have Spanish nationality and represents a decrease of 12,471 people compared to the previous year.

The average age of the population registered is 44.1 years. That of Spaniards is 45 years and that of foreigners is 37.1 years (that of citizens of countries belonging to the European Union stands at 39.6 years).

Natives of the United Kingdom have the highest mean ages among the predominant nationalities at 54.1 years. Next is Germany with 50, and France with 43 years. On the contrary, the lowest correspond to citizens of Honduras with 30.4 years, Pakistan with 31.1, and Morocco with 32 years.

As a result of the war with Russia, the number of Ukrainians increased considerably in 2022 and are among the 20 predominant nationalities in Spain. As of January 1, 2022, there were 111,443 registered.

Regarding the most populated communities, the ones with the most inhabitants registered as of January 1, 2022, are Andalucia, Catalonia, and the Community of Madrid. Those that are at the bottom of the list are La Rioja, Cantabria, and Navarra.

As for larger municipalities, there are 64 municipalities in Spain with more than 100,000 inhabitants: 13 belong to Andalucia, 11 to Catalonia, and 10 to the Community of Madrid, as reported by 20minutos.es.