Tony Christie opens up about his dementia diagnosis 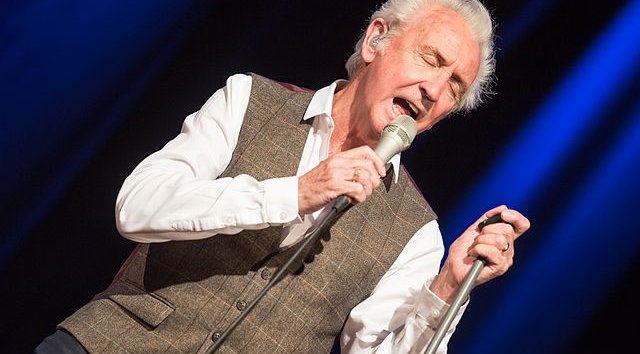 The “Is this the way to Amarillo” singer Tony Christie has opened up about his dementia diagnoses saying that he is determined to carry on making music.

Speaking on BBC Breakfast on Wednesday, January 25 Christie, real name Anthony Fitzgerald, said: “If you start worrying about it, you’re finished. Ignore it, carry on and do what you do.”

Now 79 years old, Christie added: “I’ve always been, for 50 years, a fanatic at doing crosswords and things, and suddenly I started finding it very hard.”

That prompted his wife to encourage him to get checked out and that was when he was told: “you’ve got the oncoming of dementia.

“I ignored it. I just said carry on – and I just did carry on, and worked.”

Continuing he said: “The main thing was, and why I’ve come out about it, is a lot of people I’ve met and who have got it, they’re worried about it.

“And I’m not worried about it. I went to specialists and they gave me tablets and they’ve gradually worked.”

The Conisbrough-born singer whose other hits include I Did What I Did For Maria and Avenues And Alleyways, said that he was hopeful a cure was not far away.

“I’ve got a feeling that, within a few years, there will be tablets that will cure it. So I just carry on working.”

Christie released his latest album in time for Christmas and is preparing to perform a special show for his 80th.

He said: “I’m starting a big, big tour this year. It’s going to be very busy but I’m looking forward to it.

“And music, actually, I found out is part of a cure for dementia, so every time I go on stage and work it’s helping me.”

But with the illness affecting his memory, Tony Christie who opened up about his dementia diagnosis said he now has his song lyrics displayed on a monitor saying: “Most of the time it’s there like insurance, but I manage to get through my shows, it’s great.