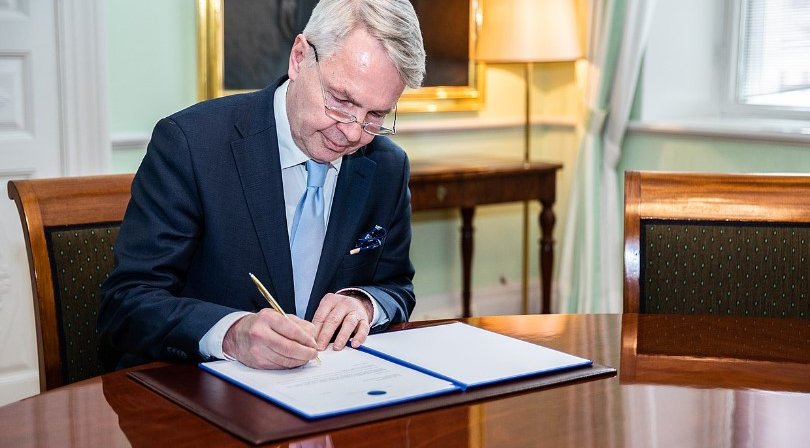 Finnish Foreign Minister Haavisto said that the application to NATO will still be submitted together with Sweden.

Just a few hours after his comments saying that Finland could be tempted to launch a solo bid for NATO membership, Finnish Foreign Minister Pekka Haavisto announced that he had reconsidered his position.

“There has already been an exchange of ideas with Sweden, we said that we will stick to a common line, and our countries apply together”, the politician explained.

“Of course, deep down we think about different worlds if the country is permanently blocked, but this is not the case yet. There is no plan B, this path is not being considered”, he said after talks with his Swedish counterpart, as reported by ria.ru.

Finnish Foreign Minister, Pekka Haavisto, assured today Tuesday, January 24, that his country’s priority is to enter NATO at the same time as Sweden. He admitted though that for the first time since making the application, Helsinki could reconsider this position if the Swedish application is blocked by Turkey.

Speaking to the public television channel YLE, Haavisto said that the simultaneous entry of Finland and Sweden into the Atlantic Alliance “is definitely the first option” from the point of view of the security of both countries.

He continued: “However, we have to reassess the situation and see if anything has happened that will prevent the Swedish project from going ahead in the long term. It is still too early to take a position on this”, Haavisto stressed.

The Finnish chancellor admitted that the recent protests in Sweden against Turkish president, Recep Tayyip Erdogan, coupled with the burning of the Koran by an ultra-rightist have clearly slowed down the accession process of the two Nordic countries to NATO.

According to Haavisto, the aim of the protesters is to provoke Turkey and influence the opinion of citizens and politicians to prevent entry. “These protesters are playing with the security of Finland and Sweden”, he denounced.

Erdogan warned Sweden yesterday that it cannot count on Turkey’s approval to join NATO after allowing a far-right Swedish-Danish citizen to burn a copy of the Koran in front of the Turkish embassy in Stockholm.

Shortly before his announcement, the Turkish authorities cancelled a planned visit to Ankara by the Swedish Defense Minister, Pal Jonson. He was due to meet with officials to discuss Turkey’s veto on the Scandinavian country’s entry into NATO.

Turkey and Hungary are the only two members of the Alliance that have not yet ratified the entry of Sweden and Finland, which was approved at the NATO summit held in Madrid last June, as reported by 20minutos.es.