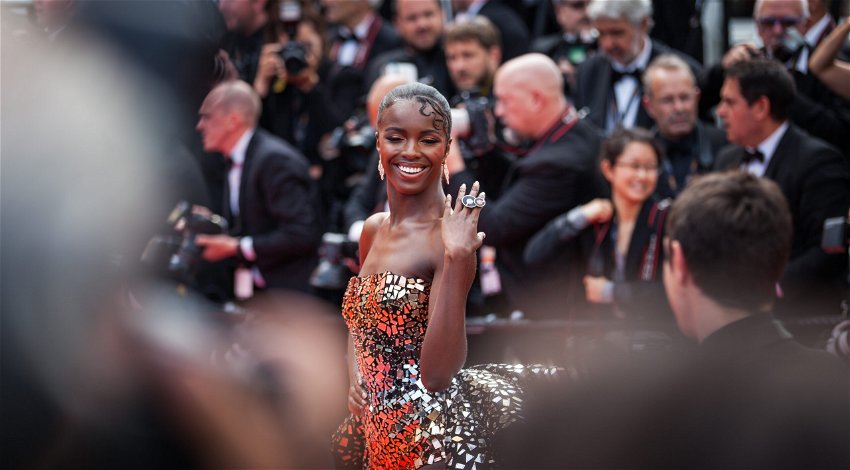 A TOP British supermodel has been confirmed as the new host of a popular BBC show which is set to return for a fifth series later this year.

British supermodel Leomie Anderson has been confirmed as the new host of Glow Up: Britain’s Next Make-Up Star, when it returns for a fifth series on the BBC in 2023.

“Glow Up is an original and fresh competitive popular documentary format that sees ten amateur make-up artists battle to be crowned Britain’s Next Make-Up Star,” the BBC said.

Following the confirmation of her new job, Leomie Anderson said: “I am so excited to be joining Glow Up as the host as it’s such an incredible show!

“I have always been a huge fan and admire all the MUAs work who have been in there previously so to see it in real life is amazing!

She added: “I can’t wait to work alongside the fabulous Val and Dom in a completely new territory too outside of modelling and get truly stuck in!”

“Each episode follows the contestants diving into the many varied worlds a make-up artist’s work will take them,” the British Broadcasting Corporation said.

“Series five is bigger than ever as the cast find themselves working on set of award-winning TV drama, Bridgerton, creating prosthetic looks for TV sitcom Ghosts and working on a huge beauty campaign alongside many other exciting assignments yet to be announced.”

It added: “On day two, the contestants return to Glow Up Studios where they demonstrate skill, artistry, and imagination to create extraordinary make-up transformations in a Creative Brief.

“These looks are then judged and the two that least impress go head-to-head in a Face Off Elimination and one goes home.”

The Beeb added: “Series five is once again presided over by resident judges; Val Garland and Dominic Skinner, with decades of experience their frank feedback keeps the contributors on their toes whilst their passion, quick wit, and emotion helps to define the series and add humour.”

“Glow Up leans on the host to add a layer of fun, passion and energy whilst keeping the tone warm and uplifting,” the company added following the news that the British supermodel had joined the show.

Melissa Brown, Wall to Wall Executive Producer, said: “We are over the moon to have Leomie Anderson join Glow Up. Now in our fifth series, we are set to return bigger and better than ever, and it is an absolute joy to have Leomie now at the helm.

“I’m sure she will be a hit with viewers as much as she is with us.”

Fiona Campbell, Controller, BBC Three added: “I am thrilled that Leomie Anderson will be taking the reins as the new host of Glow Up. With her flair for modelling and fashion, I can’t wait to see her expertise in action!

“I also would like to thank our previous host the magnificent Maya Jama, we will miss her of course but she will always be a part of the Glow Up family.”

Series one, two, three and four of Glow Up: Britain’s Next Make-Up Star are available to stream on BBC iPlayer now. While the BBC added that more information about the new series will be released in due course.

The news comes after the BBC announced a new adrenalin-fuelled challenge reality series would be hitting TV screens later this year, which promised “epic challenges designed to push their minds and bodies to the absolute limit.”

Adrenalin-fuelled challenge reality series ‘Go Hard or Go Home’ pits eight Brits against each other in the “toughest 28 days of their lives.”