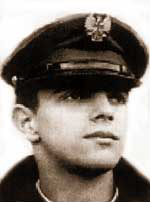 Basque separatist group recently declared an end to its armed struggle after 52 years of violence leaving a legacy of 829 victims. Here EWN reporter Jennifer Leighfield  reveals the terrorist group’s bloody past in .

SEVEN people from lost their lives in attacks, almost all of them Guardia Civil and National Police officers.

The first was Esteban Maldonado, a Guardia Civil who died when a bomb exploded in Oñate as he and two colleagues were passing in October 1975.

On , Police Inspector Jose Luis Martinez was kidnapped in , , after crossing the border from to go to the cinema with a colleague. A year later his tortured body was found with a gunshot to the back of the head. never admitted having killed them, but their documents were found by French police in the home of a known member.

In January 1979, Francisco Gomez, from , was killed with two colleagues in an attack on a Guardia Civil convoy in Azpeitia, Guipuzcoa.

In February 1980 Jose Antonio Martinez from Oria died in an attack which claimed the lives of five other Guardia Civil in Vizcaya as they were escorting experts to test weapons on a local beach. Two of the terrorists were also killed in the attack when a grenade which they intended to thrown into one of the Guardia Civil vehicles exploded.

Juan Manuel Rodriguez, from city, was shot by an terrorist in May 1980 when he and two colleagues were having breakfast in a bar just 500 metres from their barracks in .

Pedro Ballesteros, originally from but who had lived in , was killed by in March 1988 when he was heading to his car with his wife and daughter at the barracks in , Vizcaya. His wife was also injured.

Jose Arcedo Quiles, aged 42, is the only one of ’s victims from who was not in any of the forces. He was a marble worker killed in March 1980 in Escoriaza, Guipuzcoa.

As well as seven victims, also has a tie to in the form of Dolores Lopez Resina, who was born in Sierro in the . When she was young she emigrated to and began to sympathize with radical left-wing groups and eventually joined the ranks of .

Known as ‘Lola la Catalana’, ‘La Sanguinaria’ (bloodthirsty) or ‘La Tigresa’ (the tigress) she was sentenced to 102 years in prison in 2008 for an attack in 1992 in which three people died and 22 were injured in Santander.

She is also responsible for several other attacks as the leader of the Commando Barcelona, and has prison sentences amounting to 200 years.

The ‘Almeria Case’ began on when three burned bodies were found in a car on the road to Gergal. A Guardia Civil report claimed they were three terrorists who were responsible for an attack in days earlier in which military general Joaquin Valenzuela was injured and three others were killed.

However, that day, three young men had been heading from to Pechina to attend a communion when their vehicle broke down and they had to hire a car.

A man who had seen the photos of the terrorists wanted for the attack on the TV mistook them and called the Guardia Civil who set up an operation to catch the ‘terrorists’.

At on May 9, the men were arrested while doing some shopping in Roquetas de Mar. They offered no resistance, but the following day, the car was pushed over a precipice and their bodies were found inside shot, dismembered and burned, after having been tortured by a dozen Guardia Civil in Casafuerte.

It appears that after having tortured them, the officers realized their error and attempted to cover it up. On May 10 they claimed the ‘terrorists’ were armed and carried no ID and were killed in a shoot-out when they were being taken to . They even named them as Mazusta, Bereciartua, and Goyenechea Fradua.

However the Guardia Civil had to come clean, and that July, the three in charge were sentenced to between 12 and 24 years in prison for torture and manslaughter, as well as having to pay compensation to the families.

However, they were imprisoned in military centres and received large pensions from the Interior Ministry. None of the other Guardia Civil involved were sentenced.

The lawyer representing the families was threatened and ended up hiding in a cave.