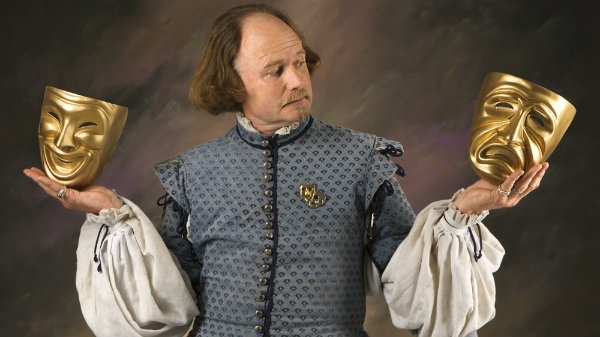 TO BE OR NOT TO BE: One of many questions

HERE I sit, like a serial killer with a razor and strop, honing my skills of procrastination.
So far I have put off doing the washing up, checking my bank account and answering my emails. Instead I have read a Michael Connelly book (hence the serial killer analogy in the first line), chased the cat and shouted at my son (who is sitting upstairs putting off tidying his bedroom).
I have also ‘surfed’ the web searching for people I haven’t seen for years and have lost two hours looking at the sea whilst trying to analyse my latest weird dream.
Life for me at present is Shakespearean. I drift between bouts of ‘Opheliaism’ and ‘Lady Macbethism’ the first of which entails drifting around the patio sighing and wringing my hands, although I’ve yet to clutch rosemary to my bosom and begin to heckle the neighbours (if that dog doesn’t stop barking that may well happen shortly).
The second state involves a lot of hand washing and sleepwalking and mutterings about nightgowns and spots of damned blood.
Luckily I have not killed the king or thrown myself in the river, but at times I confess to feeling a little apathetic and horrifyingly in tune with the meaning of Macbeth’s ‘Tomorrow’ soliloquy, which happens to be one of my favourite.
If given a choice I would rather be Lady Macbeth for all her ambition and selfish pride than the sorry creature that Ophelia became (so he doesn’t want to marry you, get a life).
Ophelia’s death seems a little pathetic to me as she should have grabbed Hamlet and given him a good slap.
Lady Macbeth, however, not only deserved her punishment but welcomed it. And there I go again, procrastinating and talking about Shakespeare instead of writing about procrastination. What will become of me?
There is a real sense of achievement at having completed an onerous task. We know that we will feel so much better once the bills have been paid, the laundry hung to dry and the dreaded phone call accomplished and yet we stall and prevaricate and find other more pressing tasks to while away the hours before we can announce “Oh dear look at the time, it’s too late to call, peg or go to the bank now. I’ll do it tomorrow.”
Unfortunately the required task presses upon us like a vampire, sucking the blood of good intent and leaving us anaemic. The longer we wait the worse the feeling of mounting pressure until, like a dam, it explodes in our faces.
So gird your loins, grit your teeth, take the bull by the horns and get it done. One hundred words is better than none (even if they are clichés), once the bowl is filled and the crockery soaked the washing up is almost done.
I think I’ll leave the summing up of this piece to the Immortal Bard, who couldn’t have procrastinated if he’d tried
‘It is a tale
Told by an idiot, full of sound and fury
Signifying nothing.’
Well, be like that then!