Say a big no to dressing down 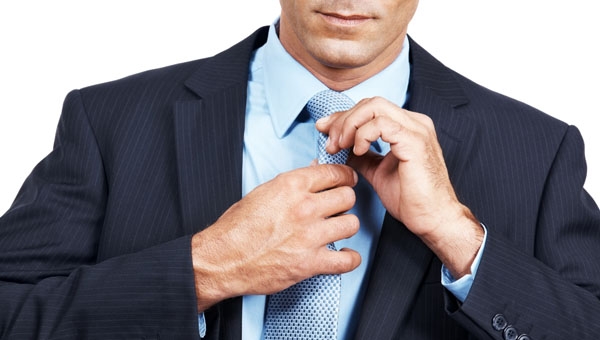 A RECENT survey discloses that women wish their men were as smart in appearance as were men in the 1950s.

They desperately want the sons of those sartorially appealing gents to look as smart as their dads.  These days there is a depressing dress code and the trend is for young and old to dress down.

I infrequently meet friends; both are hospital doctors earning shed loads of cash. When socialising their dress code means they would blend in with any partygoers emerging from a sink estate.  I passed their bedroom; for wardrobe read floordrobe.

I was once introduced to three ordinary looking punters chatting at a bar; I recognised one of them.  All three were millionaires but there was nothing about their attire that set them apart from men I knew to be unemployed.

Waiting to check in at a UK airport I couldn’t help but notice a huddle of black cab drivers; refugees are far better dressed.  There to greet tourists they wore unwashed tracksuit bottoms and filthy trainers; I have seen better tops in skips.

Eight out of ten women wish their partners would make more effort with their appearance.  The ladies hanker also for the small acts of gallantry that were once part of social protocol.  I recall helping my 32-year old showroom assistant on with her coat before opening the car door for her.  Poor Jayne; she noticeably coloured and later confided, no one had ever done that for her before.

The survey carried out by Scaramouche & Fandango (there’s a handle for you) reveals that 79 per cent of men are self-delusional.  They fondly believe their behaviour towards ladies is chivalrous.  Dream on; 82 per cent of women wish they were.

Men have yet to realise that getting the round in doesn’t carry the same romantic weight as presenting one’s loved one with a bouquet of blooms.

The men retort that the ladies could do better in dress code, deportment and ladylike manners.  I can run with that too. The ladies in the 1950s knew how to present themselves as ladies.

Not surprisingly we mist up when we see those icons like Audrey Hepburn.  A reserved and chaste appearance was once standard.  Youngsters today wouldn’t recognise the irony in the then observation, ’I knew Doris Day before she was a virgin.’

Unfortunately, rather than maintaining the standards of the 1950s the grey brigade goes with the flow and they dress down too.  Jeans and shirt winter dress code; shorts and shirt for the other 10 months.

Oh, picture for a moment the debonair deportment of David Niven, Sean Connery, Rex Harrison, Alec Guinness when cast in plots set in sub-tropical climes.  Those tuxedos, linen slacks and jackets did it for me.  The Panama hats were superb trimmings but we shall give the pith helmets a miss. Please do not ask what pith helmets are for, especially if you have a lisp.