Where have all the great leaders gone? 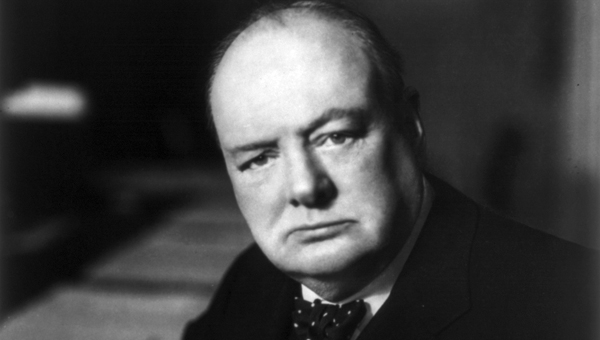 THE EU appears to be slipping into Depression rather than Recession, with even Germany’s economy showing signs of stagnation, or worse.

You might recall Durao Barroso’s words of just a few weeks ago that “the existential threat to the Euro has been overcome”, and he may even be right, but for all the wrong reasons.

Have you ever wondered why politicians cling so strenuously to ideas that in their heart of hearts they know have failed in their purpose?

Well, in the case of the Euro it’s simple enough. The reason is fear: fear of admitting after all this time and effort, that it’s a lost cause, and fear also of speaking out, of finding oneself a lone voice in the wilderness.

The Press wields great power these days, and a politician’s career can be destroyed in a moment by an ‘Investigative Journalist’ turning up some forgotten minor issue. Jacqui Smith for example, Home Secretary in Brown’s cabinet caught up in the ‘expenses scandal’, was found to have signed-off two ‘adult’ films rented by her husband.

There were far more important items to be sure, but it was these two DVDs that brought her down.

Long before this, John Major, the then Prime Minister, had his reputation torn to ribbons, not because he took Britain into the ‘European Exchange Rate Mechanism’, but, according to a photograph published in the ‘Guardian’, he tucked his shirt into his underpants! Such snobbishness might have been laughable in a Conservative rag, but appearing in a ‘Liberal’ newspaper, it did much to destroy Major’s reputation as a serious politician.

It’s no wonder that politicians, trembling at the thought of finding themselves targeted by the Press, give way to all kinds of vacillation and ‘fence-sitting’. They dare not show themselves to be different, holding unpopular opinions that might offend the ‘Money’, the big-business advertisers.

In the 1930s, Churchill was the lone voice in the wilderness, and as such was considered a renegade by his own party, as later on was Enoch Powell, but both were subsequently proven right. The ‘Barons’ always recognised the truth of their opinions, but lacked the courage to follow them until it was too late.

Now, I’m not bracketing today’s European Union with 1930s Germany, but the lack of leadership is the same.

There is not a single important voice in Britain, France, Spain, Italy, or any of the other EU countries, raised in opposition to the European Union, to its blatant errors, or to the policies that are bringing such misery to millions.

Can it be that all these heads of government are in favour of the entire political edifice? Of course not: many must lie awake at night wondering where it all went wrong and pondering what might be done even at this late date. But of course, they fear for their careers.

Where today is a Churchill who cares more for his people than for his own political advancement?