All the world’s a stage, and all the men and women merely players 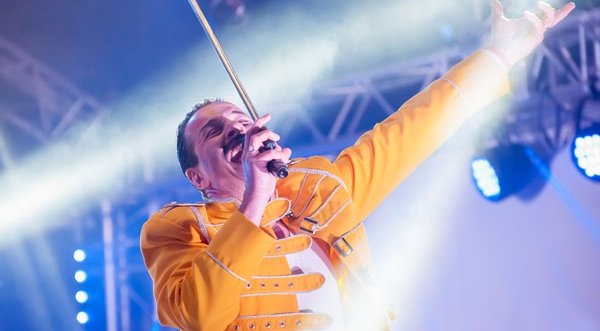 TRIBUTES: We all play a part

IF we have tribute performers impersonating Elvis Presley, Abba and Rod Stewart, to name but a few, why not tributes to famous writers. I can stand in for Wilbur Smith, Stephen King or Jeffrey Archer.

Who knows? The response might be, ‘you’re better than the real thing.’

I would make a pretty poor fist of performing a Tribute to His Majesty King Juan Carlos. Probably it is against the law so I pass on that one.

Any place of entertainment that wants a tribute to President Barrack Obama or David Cameron contact black cab drivers. They know how to fix things. If you want a tribute to Alan Sugar any small business owner will meet your requirements.

Under the name ‘Austerity’ they are fabulous at stitching people up, making it look like they’re doing them a favour and putting everyone on starvation diets.

There seems to be a surplus of waiters impersonating waiters but most fail miserably. One hopes they don’t give up their day jobs.

Spain’s meet and greet medical centre receptionists are a huggable lot so it is easy to do tributes to them. Their UK counterparts are very good at impersonating doctors. All they now need do is complete their ‘customer relations and civility’ course to qualify. Many doctors perform Tribute to God acts.

There are so many lost souls who impersonate policemen and doctors it is hardly news anymore. More newsworthy would be doctors and policemen impersonating people. Nurses could do tributes to nurses and surprise us all.

Rocket scientists are few and far between. If you cannot find the genuine article for your venue why not pop into your local PC dealership. There you can book yourself a tribute to NASA know-how and emerge totally confused.

Whatever newspaper we pick up we have tributes to television gardeners like Alan Titchmarsh and similar tributes to famous chefs. Along the Costa coastlines there are more tribute acts to builders, car mechanics and plumbers than you can shake a court order at.

The prison services are best contacting if your venue requires a tribute act to politicians or bank managers. Old soldiers who served as blanket stackers impersonate war heroes.

When driving I see tribute acts to Spanish Formula 1 racing ace Fernando Alonso. I am hot wheels with my Tribute to Michael Schumacher.

When chasing skirt in my younger days I performed tribute acts to Marlon Brando, Tony Curtis and Gregory Peck. The girls I dated were great tribute acts to these iconic film stars opposite numbers.

When at school there were several impostors who pretended to be school teachers. These tribute acts were exposed as fakes when we snotty-nosed kids received our duff school reports. These teacher impersonators were never prosecuted. As Will Shakespeare surmised; ’the world is a stage and we all play a part in it.’