Another day in paradise or in a desperate plight? 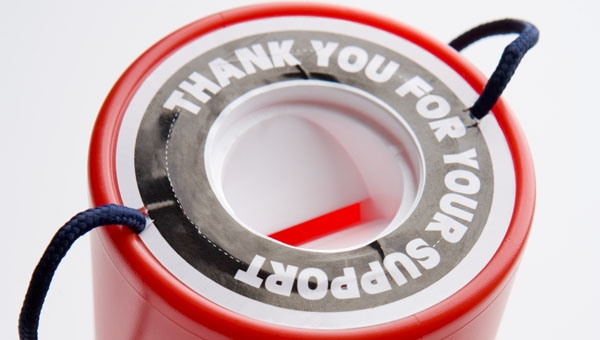 CHARITY DONATIONS: One of the first to be cut

MARY Whitehouse was quite right; there really isn’t much decent viewing to be had on television these days; gameshows, reality TV and adverts pretty much sums it up.

Apart from recently that is.

Balearic Television channel IB3 has taken it upon themselves to showcase a charity per month and at a time when we are all feeling the pinch (Russian oligarchs excluded), charities are suffering more than ever as our donations, sadly, seem to be the first to be cut.

Last month, they featured Associació Asperger de les Balears. Special bulletins and reports informed about Aspergers syndrome, an autism spectrum disorder which is diagnosed in two of every 10,000 people.

Symptoms in those affected vary, according to the reports, but often include physical clumsiness and poor balance, difficulties to communicate and problems with social interactions.

Although they can be exceptionally gifted with an immense capacity to focus on a subject that interests them, sufferers often need a different approach to learning as a child and are often stigmatised and overlooked.

As with most charities and non-profit organisations, government funding is drying up leaving those affected and their families to fend for themselves, which may mean that a parent is unable to work to provide full time care for their child.

As an adult, the problems for those affected by Aspergers only intensify. In reality, says Mercedes Cánaves, director for the association, they want nothing more than to be integrated into society and the unknown world around them.

For the month of March, IB3 moved onto ONG Mediterranea, a non-government organisation which relies purely on volunteers and charitable donations to help those in need in countries such as Ethiopia and Ghana, as well as in Mallorca.

It has been a complete eye-opener to see how many people are suffering abject poverty right here on our doorstep, lacking food, clothing and many without a roof over their heads.

The numbers below the poverty line are increasing as ‘normal’ people slip into the abyss; some have tragically been driven to suicide as they were faced with eviction and financial ruin.

Seeing the reports, it made me think of the 1989 song by Phil Collins ‘Another Day in Paradise’. Here we are, expats in sunny Spain, surrounded by swaying palm trees, beaches and a life probably more relaxed than the one we once had.

Yes, taxes are rising, savings are dwindling and the world is going to pot, but, relatively, this is arguably paradise.

So the question is, do we cross the street, pretending not to hear or see? Or do we try to help in any little way we can by donating time, money or food items?

The choice is yours, but hats off to IB3 for highlighting these issues. It may not make easy viewing or rank highly on the entertainment scale, but I am pretty sure Mary would approve.

To find out more about Associació Asperger de les Balears go to www.autismodiario.org or Mediterranea on www.ongmediterranea.com, where you will see information on their activities and how you can help.