Reformed drug addict will be pardoned in Malaga this Easter 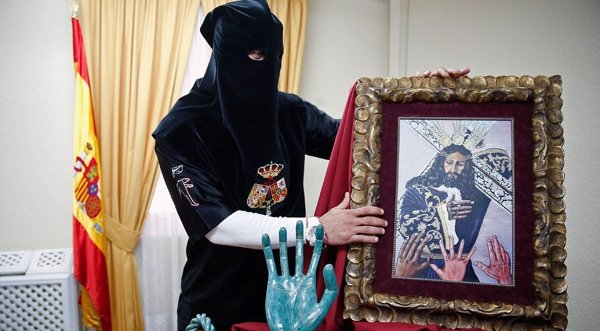 PARDONED: Prison inmate will be released for Easter.

THE man who will be pardoned this year at Easter in Malaga is a 37-year-old father-of-two doing time for drug related crimes.

He still had three years left to serve, but he was chosen by Alhaurin de la Torre prison authorities for the pardon which was later approved in parliament.

He will be symbolically pardoned during the procession of Nuestro Padre Jesus El Rico on Wednesday.

The man, whose identity will not be revealed, says he is going to start a new life and will take part in the procession every years from now on.

He still hasn’t seen his youngest child who is only months old. He was a drug addict, but in prison he had reformed, come off drugs and studied several courses.

Every Easter, during its procession through Malaga city, the image of Christ carried by El Rico brotherhood ‘pardons’ an inmate.

This privilege was awarded by King Carlos III and used to be done when the procession passed the old prison in the city. The origin of this dates back to 1759 when the Plague hit hundreds of people in Malaga.

The prison was badly affected, but some of the inmates believed if they were allowed to carry the image of Christ through the streets, they would be saved. Permission for this was denied, but many of them revolted silently, and still in shackles, took the image of Christ from the nearest church and took it to the worst affected areas.

They then returned it to the church and all of them went back to prison. Legend has it, the plague then disappeared from the city and the King of Spain, Carlos II was informed.

He ordered that every year, when the image passed the prison, the gates should be opened and one inmate should be allowed to leave.