I’m no racist, I just say things as I see them 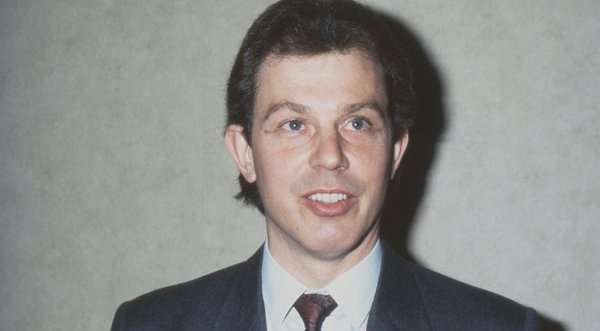 TONY BLAIR: The source of the UK’s problems

SOME people really do get my goat. Once more, I find myself accused of racism. Not by the majority of readers of course.
I do find, as usual, that most agree with me. But there are always ‘minorities’ are there not!? Well let’s deal with them. Once again let me reiterate. I don’t care if a person is sky blue pink and hails from Outer Mongolia, if most of the muggings were carried out by sky blue pink people from Mongolia, I would say so.
It’s facts I deal in. Denial is the greatest barrier of all in the quest to rectify problems. An alcoholic can’t be cured all the time they’re in denial.
To face the problems head on you have to first admit they exist. The reasons I have been accused of racism in the past is because I have not constantly avoided the issues.
Most of my past ‘racist policies’ are now being spouted by any politician who can get within hailing distance of a microphone or camera!
The real enemies of Britain are the Politically Correct and Brussels ‘Uman rights brigade. These people are at the very best misguided and at the very worst determined to bring the country to its knees.
They have taken the generosity and goodwill of the British as a sign of weakness and are exploiting it unmercifully. Of course the Brits have only themselves to blame. Had they not seen the evil of Blair – who I warned against long before his eventual election – none of this would have taken place.
It still amazes me that something this old pop singing hack could detect was not realised by the multitudes of those whose intellects are far superior to mine. If Tony Blair had not taken the utterly no hoper Labour party and stuck the word New in front of it, none of this would have happened.
I put this evil, ultra ambitious man and his equally ambitious scheming wife at the root of all of today’s problems in the UK. Her, for among other things, totally encouraging the compensation culture which effectively feathered her own legal cuckoo’s nest, and Blair for running with a policy of mass immigration and free handouts, which were blatantly introduced to import and secure future votes for him and his party.
The British public totally underestimated Mr Blair; and they shouldn’t have. I can assure you I didn’t. To me, any man who actually decides to begin his career by becoming Prime minister of England, has to be watched very carefully indeed.
Well, this man has left his country in deep mire. I don’t profess to know the answer to all the ethnic problems in the UK, but one thing I do know, denial is never going to hack it.