A recipe for financial success! 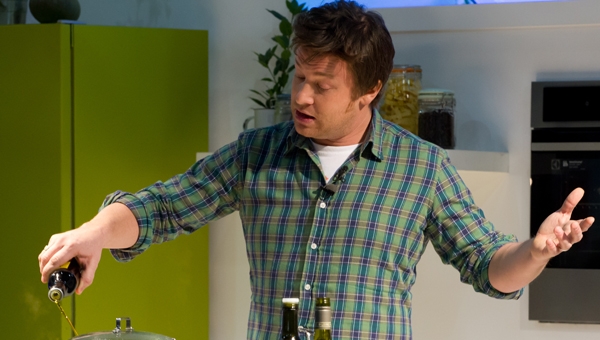 BRITAIN’S favourite household chef, Jamie Oliver, has got himself into a bit of a pickle after suggesting that, among other things, poor families should eat stale bread.

The multi-millionaire chef was commenting that most low-income families don’t know how to feed themselves and therefore often resort to serving up expensive readymade meals, when his remarks stirred up an uproar.

The Essex boy, who bases such opinions on recent experiences he has had with low-income workers while working on a new TV show, says that for many families priorities are out of sync leading to overspending and malnutrition.

“You might remember that scene in Ministry Of Food, with the mum and the kid eating chips and cheese out of Styrofoam containers, and behind them is a massive TV. It just didn’t weigh up,” remarked the chef.

Despite the offence Jaime’s comments may have caused – who wants to hear a millionaire dictate what the less fortunate should do? – it’s hard to dispute that the cook has a point.

Poverty is not just about income it’s about what is done with the money. Accommodation, nutrition and education should of course be priorities, rather then spending a fortune on fancy flat-screen TV’s, designer pit bull dogs, cigarettes and alcohol. And this is seller advice relevant for every level of income.

But going back to the “stale bread” comment, learning how to cook can make a big difference to a budget and a person’s health.

And cooking fresh food doesn’t have to be a challenge or terribly expensive with a little bit of know-how. So rather than stocking up on expensive convenience food and microwave dinners, maybe it’s an idea to invest in a good basic cookbook and a little bit of enthusiasm in the kitchen.

And by the way, stale bread as it happens, is the best ingredient for toast, tasty soup croutons and of course here in Andalucía,the totally inexpensive and delicious salmorejo dish!