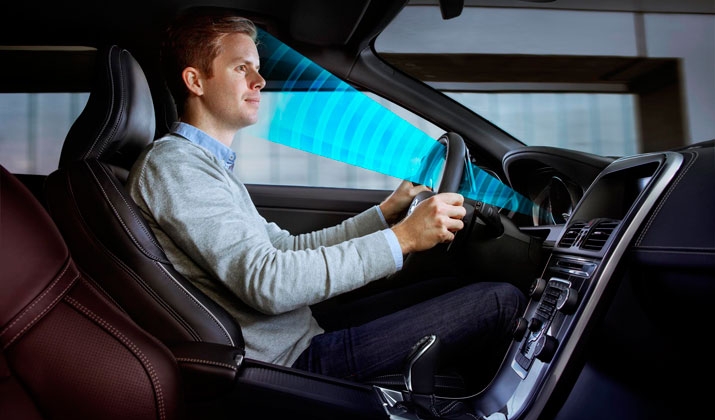 Volvo Cars conducts research into driver sensors in order to create cars that get to know their drivers.

Through systems that can recognise and distinguish whether a driver is tired or inattentive, the car of the future can become even safer. Examples of this include technology that detect closed eyes or what the driver is looking at.

“This will enable the driver to be able to rely a bit more on their car, and know that it will help them when needed,” explains Per Landfors, engineer at Volvo Cars and project leader for driver support functions.

By placing a sensor on the dashboard to monitor aspects such as in which direction the driver is looking, how open their eyes are, as well as their head position and angle, it is possible to develop precise safety systems that detect the driver’s state and are able to adjust the car accordingly. This also means that the car will ensure that it does not stray out of the lane or get too close to the car in front when the driver is not paying attention, as well as being able to wake a driver who is falling asleep.

Some of the current systems that can be included are Lane Keeping Aid, Collision warning with full auto brake and Adaptive Cruise Control with Queue Assist.

The technology is based on a sensor mounted on the dashboard in front of the driver. Small LEDs illuminate the driver with infrared light, which is then monitored by the sensor. Infrared light is just outside the wavelengths that the human eye can see, which means that the person behind the wheel doesn’t notice it at all.

Driver sensors are also opening up other possibilities. By monitoring eye movements, the car would be able to adjust both interior and exterior lighting to follow the direction in which the driver is looking. The car would also be able to adjust seat settings, for instance, simply by recognising the person sitting behind the wheel.

“This could be done by the sensor measuring between different points on the face to identify the driver, for example. At the same time, however, it is essential to remember than the car doesn’t save any pictures and nor does it have a driver surveillance function,” Per Landfors clarifies.

The technology is already installed in test vehicles. Volvo Cars is also conducting research together with partners including Chalmers University of Technology and Volvo AB to identify effective methods for detecting tiredness and inattention.

The analysis of the driver’s state, known as Driver State Estimation, in which driver sensors play an important role, is a field that may be key to self-driving cars in the future. The car will need to be able to determine for itself whether the driver is capable of taking control when the conditions for driving autonomously are no longer present. A driver sensor could be of assistance in this.

This technology is one of the many initiatives bringing Volvo Cars closer to its goal for 2020 – that no one shall be killed or seriously injured in a new Volvo.