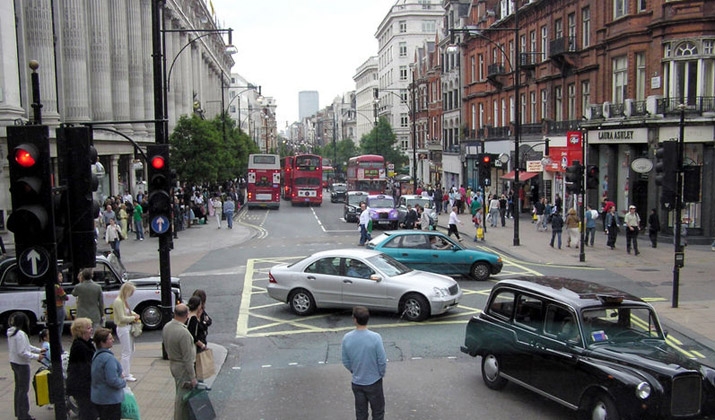 The Cumberland Hotel is near Oxford Street.

A manhunt is under way after a vicious hammer attack at a leading London hotel.

Three wealthy tourists staying at The Cumberland Hotel, near Oxford Street in central London, were attacked.

All three women are in their thirties and suffered serious head injuries. One is understood to be in a medically-induced coma, and in a critical condition.

The women, who travelled from the UAE, were on a family holiday and were sharing a room with three children on the seventh floor of The Cumberland Hotel.

Reportedly, a man managed to get into the room and was disturbed by one of the women. The man then attacked the women before fleeing the scene in heavily bloodstained clothes.

Police were alerted to the assault at the 1,000-room Cumberland, one of London’s largest hotels, at around 1.50am on Sunday.

It is not yet known whether the attacker was known to the women or whether the incident was a robbery attempt.

Metropolitan police are appealing for witnesses as an attempted murder probe is launched.

A forensic team is examining the room and CCTV from the hotel as well as the area is being reviewed. Hotel staff and other guests are also being questioned.

Detective Superintendent Carl Mehta, of the Metropolitan Police, said the family had been doing some shopping during the few days they had been in the capital.

There have not been any arrests yet and Mehta appealed for witnesses “who saw what happened or either saw somebody loitering around the hotel, outside or within, or who might have seen somebody leaving the hotel, perhaps hurriedly or covered in blood”.

He said early indications were that “theft would appear to have been the motive”.

“We are yet to establish precisely what happened, but we are in close liaison with the family to establish what is missing from the room,” he said.

A hotel spokesman said: “It’s an ongoing investigation and we are helping police with their inquiries in order to get this sorted as soon as possible.”